Following on from our recent post, Walk at West Runton & Beeston Regis Heath – Photoset 1, we’re pleased to publish the second set of photos from that particular walk.

We’ll carry on where we left off. to save you skipping back, we’ve just walked down from Roman Camp, through a wooded area, then along Calves Well Lane, where the pictures of hay bales were taken. That links us nicely as there are some hay bales in the back ground of this picture! We’re now moving along a lane that will take us down towards the Cromer Road, skirting alongside Beeston Hall School on our way.

These horses, below, were an inquisitive bunch, wandering slowly over to greet us as we walked past their field. We think they may be from Hillside Animal Sanctuary’s Shire Horse Centre, which is located in West Runton. Certainly that would explain their friendly, curious nature. It was certainly nice to see them, and the kids 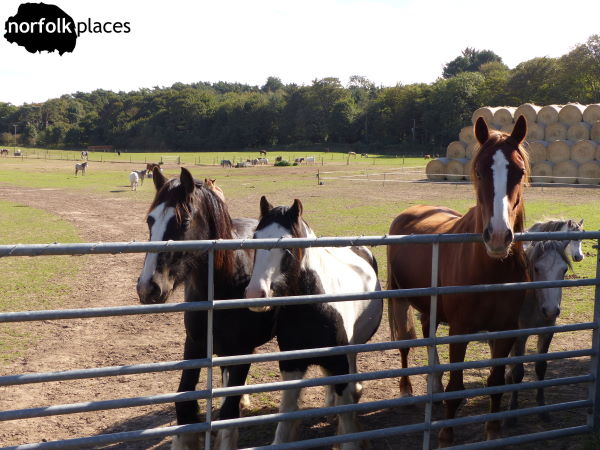 Walking down the lane toward the Cromer Road, we can glimpse the sea in the distance! I don’t know about you, but there’s something ever so slightly exciting about catching sight of the sea from far away. In the middle ground is Holy Trinity Church in West Runton, with probably a seagull hovering over it. 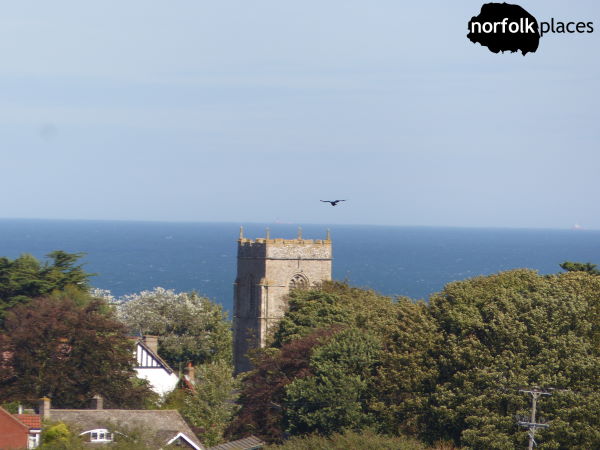 Wild blackberries adorn hedge rows along the lane, and make for a colourful photo, especially with fruit in differing states of ripeness. 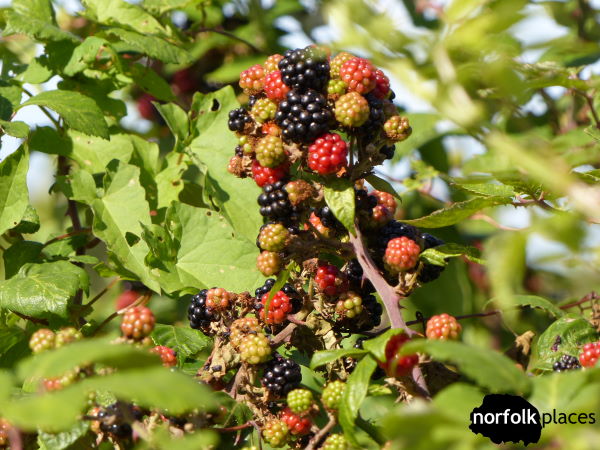 From a distance we can also spot people taking the short but exhilarating walk up Beeston Bump. 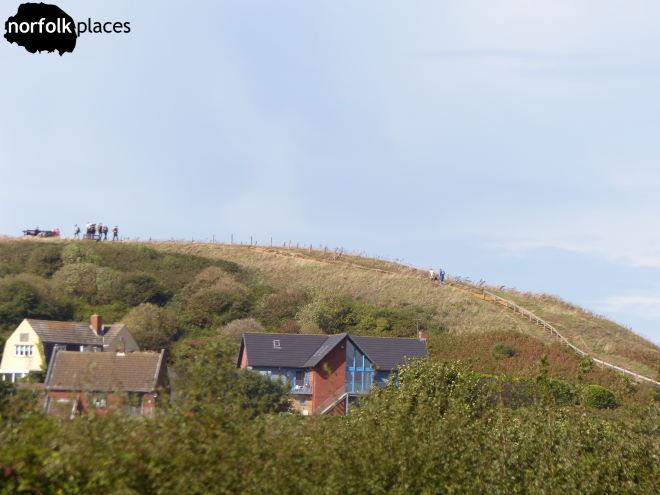 Perhaps this next picture shows “the Bump” a bit more clearly. It is a real up and down hill,  the sort the Grand Old Duke of York could us for marching practice! 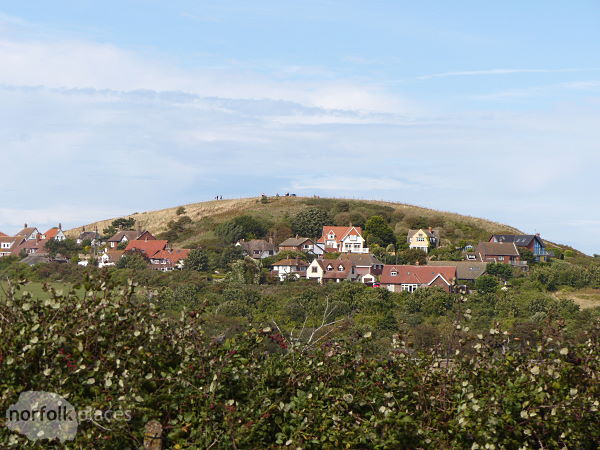 I should point out that at this point we’ve walked along the Cromer Road, then up Britons Lane, which took us past the Beeston Regis village sign. About half a mile up Britons Lane there is a footpath that takes us back on to National Trust property and on our way back to the car park.

This leg of the journey reveals some more stunning views over the village and out to sea. Once again Beeston Bump dominates the view. I was trying something a bit different on this photo, which didn’t quite work but I still like it. It’s toy/miniature effect that blurs the outside and kind of makes the subject (in this case, the houses) appear like a toy. Anyway, hopefully you get the idea of what I was trying. It sounds clever, but in reality it’s just a setting on my camera! 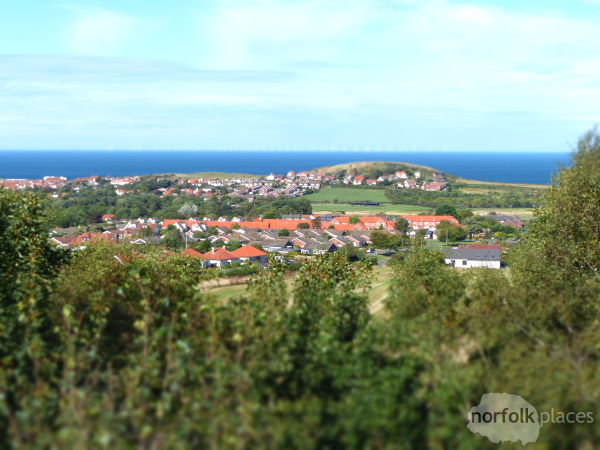 Along this stretch of the walk there are some steps up to a viewing area, where you can see for miles. 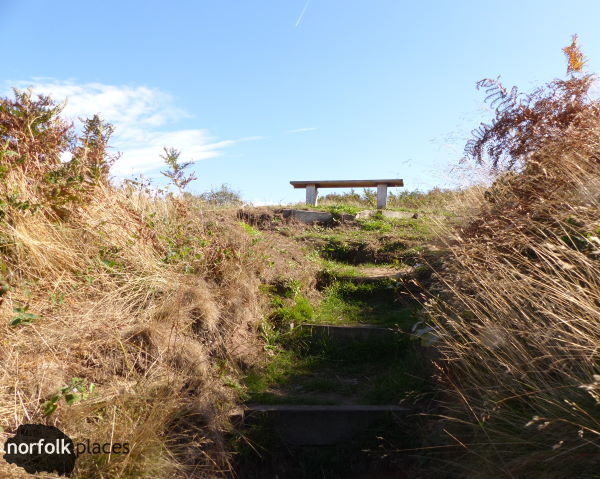 Below, National Trust donation cairn, which has been at this site since 1971. 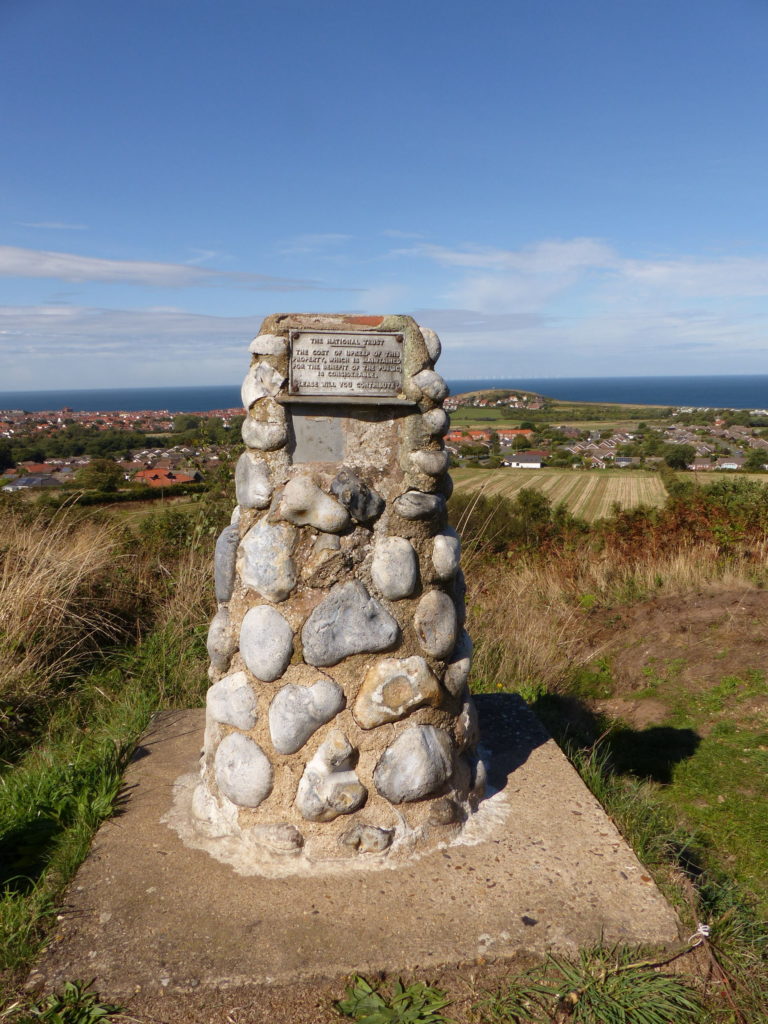 Atop of the cairn is a guide as what you can see in the distance, towards Sheringham to the left and Cromer to the right. 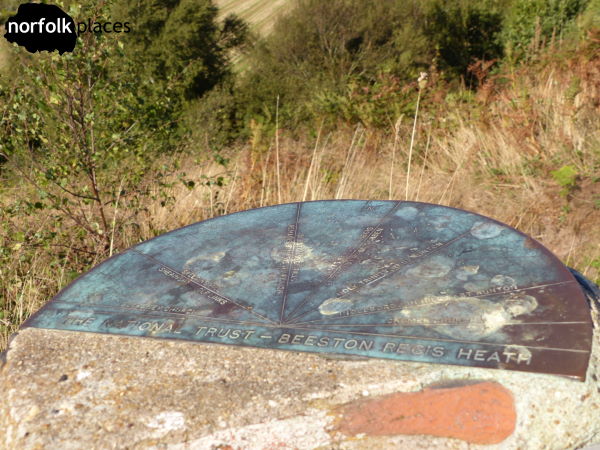 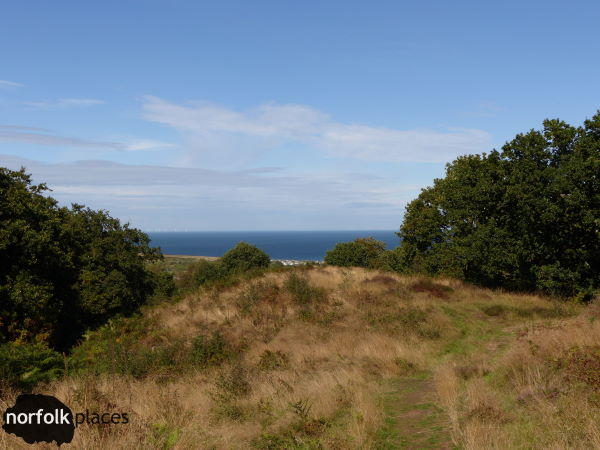 I always take time to stop and look out for the little things on a walk. Of course, that has lead to me being separated from my group from time to time. Luckily I walk faster than my family so I can always catch up!

I know it’s pointing out the obvious but here’s a nice little ladybird (aka a bishy barnabee) settled on a leaf. 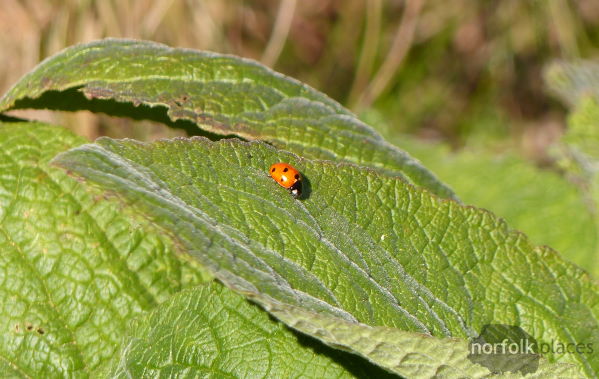 I’m not sure, but I think this may be speckled wood butterfly, which was hard to spot amongst the brown vegetation. 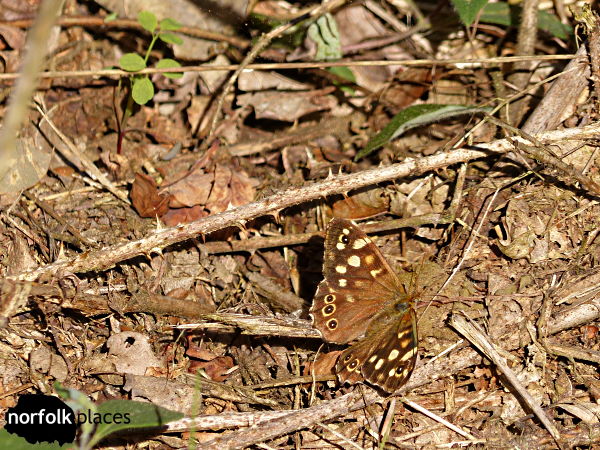 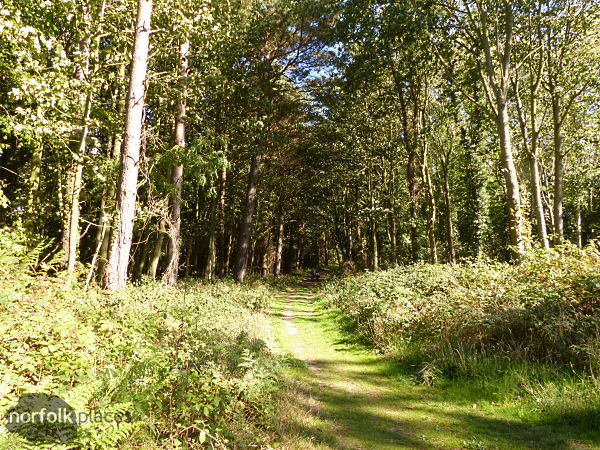 Find things to see & do in Norfolk or find somewhere to eat or somewhere to stay.
Why not check out our Norfolk quizzes and games