Norfolk’s rich heritage means there’s plenty of places to visit comes in very handy for researching school topics, and we’re spoilt for Roman sites. We’ve been to Venta Icenorum before, so as part of topic research the kids chose a trip to Burgh Castle’s Roman Fort. 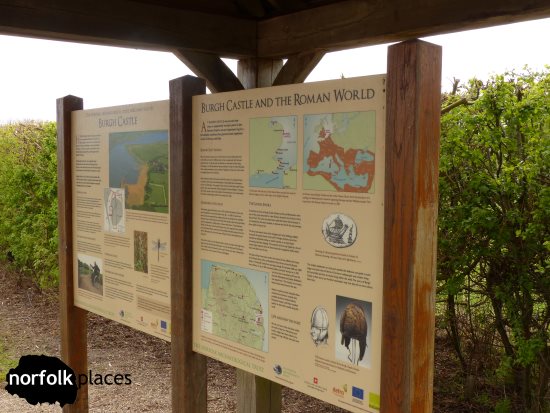 Burgh Castle’s Roman Fort is maintained by English Heritage; It is an unmanned site, so it is down to the visitor to ensure their party exercises caution and care when visiting. There are signs on the site about this shore fort, which was constructed around the 3rd century AD as a defence against Saxon raids up the rivers of the east coast. Internet searching suggests it may have been called “Gariannonum”, though apparently that name may have applied to the Caister-on-Sea site. 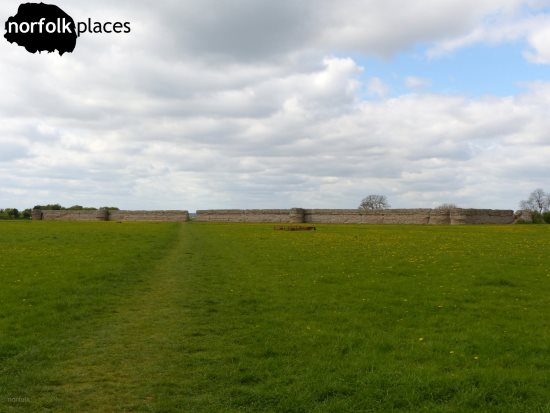 I was very impressed with this site. Relatively straight forward to find, its own car park a short (5 minute) walk from the site and a lot more historic remains than I thought there would be. I could’ve spent a while photographing as the area was so nice and peaceful, and the fort was very impressive. Yes, in essence it’s just a bunch of stone walls (one of which collapsed in to Breydon Waters a long time ago) but they are 17 centuries old and still look very imposing. It’s great we are blessed with so many great historic sites in Norfolk.

The circular walk that takes you alongside a marsh area of Breydon Water is certainly worth doing. Across the marshes you’ll see some old mills and there’s a good chance of spotting wildlife as the area is a haven for nature. It”s about 1 mile walk, though you could walk further if you extended your walk along Breydon Water.

It is definitely worth a visit, whether your kids have Romans a school topic or not, in great surroundings and a nice little walk. 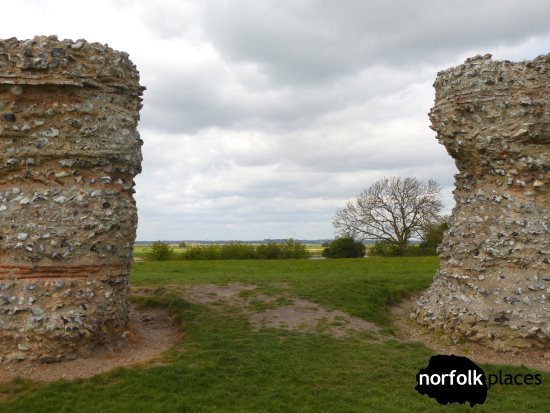 Luke (13)  – First things first, Daaaad; Should this really be called a “kids review” any more? I’m a teenager (well, he’s behaved like one for over a decade!) so, y’know, the term “kid” is degrading. It’s fine for Ben cos he’s only 9, anyway, where’s my phone as I want to email pictures to you of Burgh Castle. Whoah, that place was great.  There was a lot of wall. A lot. Of. Wall. More wall for an ancient ruin than any stick should be shook at.

I could really imagine Roman garrisons trouping in and out of the entrance, and the view was pretty sick too (sorry, the youth of today, eh. I think he means it was good). I could see right over to Breydon Water and saw some boats go sailing by. Nice walk too. You know me, Dad. I like a good ol’ walk! If only we were doing Romans at school, this would be a good place to visit. Anyway… What’s a Roman’s favourite type of weather? Hail, Ceasar!!! (er, yeah.)

Ben (9) – I wasn’t there, remember? Busy being awesome playing for Norwich. (Oops, forgot he was away when we visited Burgh Castle.) It looked good from the pictures and seeing as I’m doing Romans at school (I knew we wanted to go there for a reason!) it would’ve been useful. You’ll have to take me there soon. (aye aye, captain!)

Parking: There is a reasonable sized car park, the entrance/exit is a bit narrow so go slowly.

Duration of stay: Varies depending on what you want to do. If you want to just see the ruins, then it’ll take 5-10 minutes to walk each way from the car park and then may

Care: It’s not a good idea to let your kids (or adults) climb on the walls. Firstly, there’s the danger element, but also this is an ancient site of significant importance and climbing all over it, chucking stones at it etc will damage an important heritage site. We cannot stress this enough – stay off the walls!

Toilets: Nope. There are no on-site toilets. 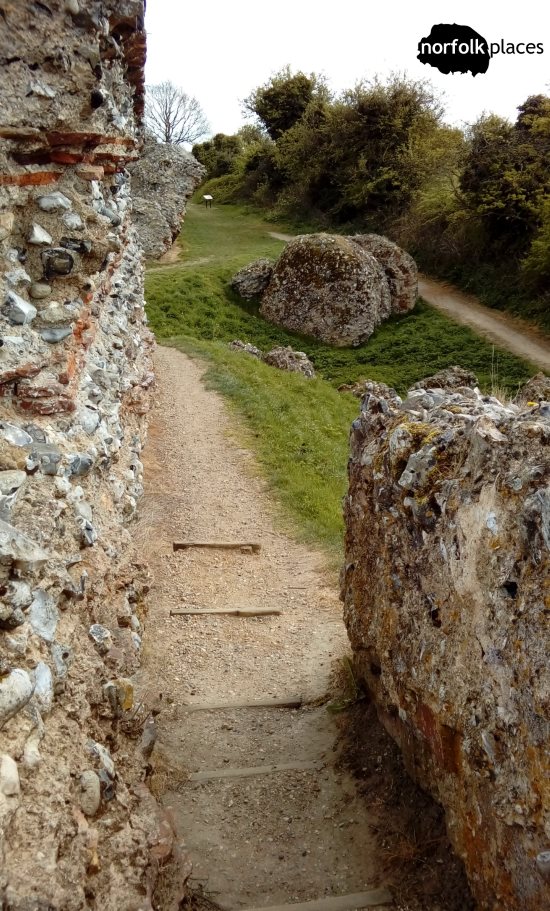 Here’s a brief video we put together on our Youtube channel.

See even more pictures of Burgh Castle on our Facebook page.