What are the 70s remembered for? Well, flares and disco music are two of the obvious things, but Rip it Up The 70s demonstrated how diverse the musical output – and the fashion – was during “the decade that style forgot”.

Based around the singing and dancing of four well-known names – the retired gymnast Louis Smith, the former S Club 7 member Rachel Stevens, the blue singer Lee Ryan and the ex-Pussycat Doll Melody Thornton – this show featured an extraordinary array of styles during its one night at Norwich’s Theatre Royal. 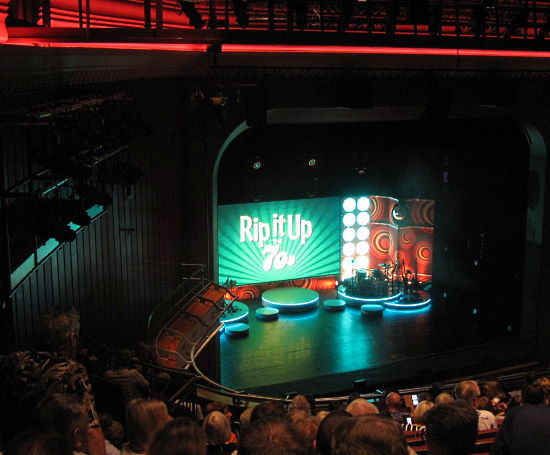 Yes, there was disco, of course (even if the Bee Gees were more modestly represented than might have been expected), but there was also soul, reggae, rock, country rock and a great deal else.
Things started off with Dan Hartman’s Relight My Fire and continued with the likes of The Eagles’ Hotel California, Stevie Wonder’s Signed, Sealed, Delivered, Donna Summer’s I Feel Love and The Temptations’ Papa was a Rolling Stone, to name but a few.

In a show that lasted a full two hours, there were myriad changes of style and pace, but the singing and the dancing – there was a full dance troupe, who cavorted across the stage with extraordinary energy – was consistently excellent.

While the show described itself as being led by four stars, in reality it was centred around a quintet rather then a quartet.
The fifth key cast member was Giovanni Spano, an X-Factor finalist, whose powerful vocals were a real highlight. His version of David Bowie’s Life on Mars was especially memorable, although he sang well on track after track.

Indeed all the main cast members had stand-out moments. Rachel Stevens’ version of Joni Mitchell’s Big Yellow Taxi was a delight, while Melody Thornton, a terrific singer, excelled on Without You among many others.

Tackling John Lennon’s classic Imagine showed bravery on the part of Lee Ryan and, dressed in a gold-coloured jacket and accompanied by just the keyboards, he performed an utterly spellbinding version. It was very different to the original, but definitely one of the show’s best moments.

Louis Smith, well known as a winner of Strictly Come Dancing and an obvious a favourite among the audience, focused on dancing rather than the singing, although he impressed during the one track when he was let loose as the lead vocalist.

The music came from a full live band and everything was held together by video clips featuring the DJ Paul Gambaccini, who gave fascinating commentary on the musical and cultural trends of the decade. The screening of television adverts from the 70s was a wonderful opportunity for nostalgia.

It was no surprise that, by the end of the show, just about every member of the near-capacity crowd at the Theatre Royal was on their feet dancing, singing and clapping to the music.
What a time the 70s were – and this marvellous show did the decade justice. 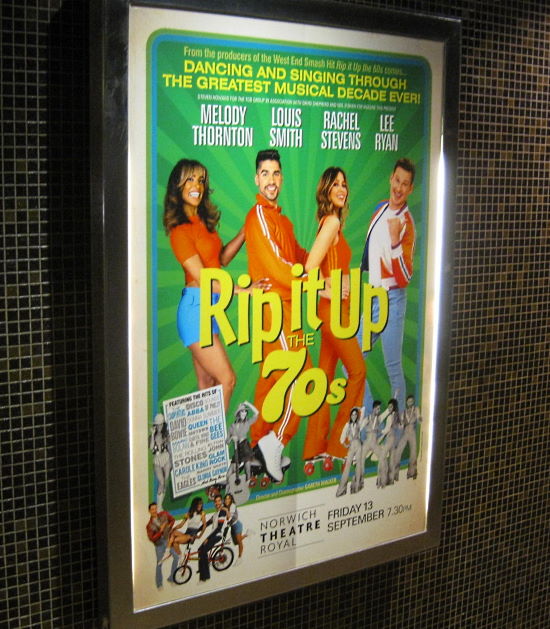 Would you like to write a review for NorfolkPlaces? Get in touch.