The story of Peter Pan, the little boy who never grows up, dates back more than a century, and this interpretation at the Marina Theatre Lowestoft has, as expected, all the classic elements of a good pantomime. 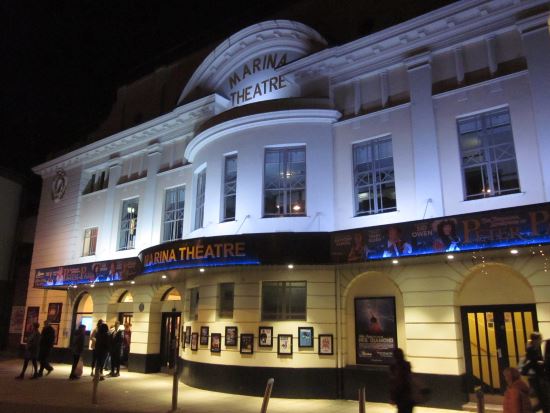 There is slapstick comedy, energetic dance routines and a dame who goes through increasingly over-the-top costumes, plus one or two double-entendres thrown in to keep the adults in the audience smiling.

While tying in well with the traditions of seasonal theatre, this show also draws in influences from recent times with a diverse array of songs – including a few surprising choices – that bring it right up to date.

Added to that are a clutch of topical jokes covering everything from Jeremy Corbyn’s to the delights of local towns such as Bungay.

The story, of course, centres on the adventures of Peter Pan on the island of Neverland, where he faces danger from the dastardly Captain Hook, a larger-than-life villain played by the former EastEnders actor Sid Owen, who takes top billing.

The most stage time, however, goes to Lowestoft pantomime favourite Terry Gleed, who has the audience, adults and children alike, in stitches as the ridiculous Smee, a pirate with an aversion to being nasty. Another Marina Theatre returnee who brings in much laughter is Fenton Gray as Dame Able Mabel.

Peter Pan himself is played by Anthony Sahota, who came to prominence in the BBC television search-for-a-star programme Let It Shine. Sahota spent part of his time hanging above the stage on wires, but is equally good at defying gravity when back down to Earth, jumping about with gravity-defying ease. His good humour and fine singing voice make him one of the show’s standout performers. Naomi Slater also makes a big impression as Tiger Lily.

The songs are nothing if not varied, ranging from the Pet Shop Boys’ Go West through to This Is Me, the massive hit from 2018’s The Greatest Showman film. There is also an impressive sword fight in this well-crafted pantomime, and a fine supporting cast of young performers.

So, with excellent singing, dancing, acting and joking, this is a Neverland that no one in the audience would ever want to escape from. 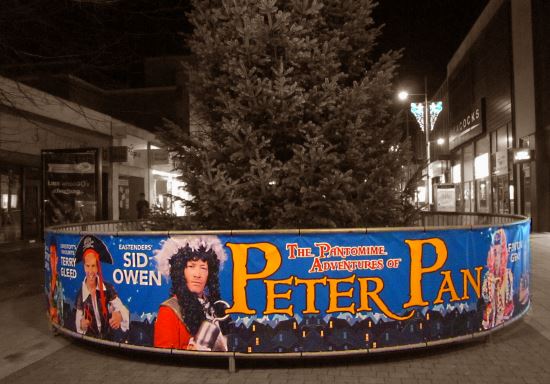 The Pantomime Adventures of Peter Pan was on at the Marina Theatre Lowestoft from December 13.