Ben Jarvis, 40, rocket creator from Rocket-FX, based in Norfolk, believes one day we could all travel to the edges of space.

You may recall earlier this year we featured another article about Ben building a rocket with local brewers, Redwell. Instead of carrying hops in to space, the cargo this time was an astronaut, with the spacecraft using two tonnes of thrust and powered through 40kg of rocket propellant,  launching an ‘astronaut’ who was found via classifieds in newspapers.

It’s great that such innovation is going on Norfolk, and we’re only too happy to report on the progress of Norfolk-born pioneers like Ben.

We were provided with the sponsors press release, which you can read below.

Energy coffee brand Rocket Fuel has lived up to its name – by launching a 28ft tall rocket from a field in Norfolk. The craft – with a wingspan of 8ft – was created by rocket builder Ben Jarvis of Rocket-FX with the mission led by ‘astronaut’ Stephen Palmer, a crane operator from Kent. Stephen was found after answering an advert placed in newspaper classified sections that was looking for a “rocketman”.

The rocket – which took just 2.5 seconds to power through 40 kilos of propellant – had a few thousand individual parts, including 2000 screws to hold the skin on. It took a year to build and reached a little over 1,500ft before spectacularly heading back to earth.

He adds: “We always describe rocketry as the engineering equivalent of bungee jumping. It’s all about anticipation and the memory of something that you have done. Although the flight is very short, you’ve got a year of preparing for it, where you are anticipating how amazing it will be. The adrenaline rush may last less than a minute, while it’s flying, but then you’ve got a decade of stories down the pub.”

The project’s very own ‘rocketman’, Stephen Palmer, spent hours preparing for the launch after being chosen by Rocket Fuel to star in the project. He says: “I was over the moon, almost literally, when they called to say I’d got the gig.”

Stephen, who wore a spacesuit bought on eBay from the Ukrainian aerospace programme for £700, had to endure time inside the cosy capsule as Ben was tasked to build a rocket that could fit a human.

And with news last week that the European Space Agency had tried to land a probe on Mars, Stephen adds: “As a crane operator, I am used to heights. I would like to go and see the moon. The Americans did it and put their stamp on it, but that was a long time ago… maybe now it is time for a new stamp. I think Mars is probably a bit too far.”

Niomi Taylor, Marketing Manager for Rocket Fuel, explains: “Our coffee is not for the faint-hearted so there was no reason why our message should be. No-one dared believe we’d actually build and launch a rocket but we did.

“We’ve loads more plans for Stephen and the rocket project. Our mission is to ultimately go where no energy coffee brand has gone before and get Stephen into space.” 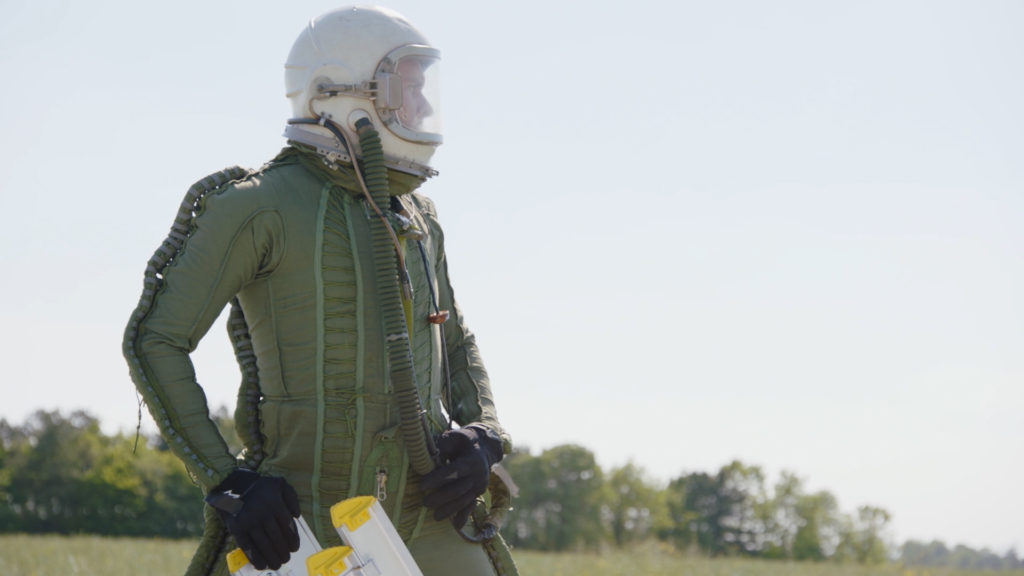