Paul Dickson explains to NorfolkPlaces the background of his latest walking tours.

During the first lockdown, when all my guided tours ground to a halt, I took the opportunity to develop two new tours, Norwich: A Black History and Fairhaven Woodland and Water Garden & South Walsham Marshes.

Most of my walking tours are based in Norwich, but I have also been expanding my offer into the Broads, so creating new tours in both locations made sense.

I have been involved with Norfolk Black History Month for a number of years, staging events with Illuminée Nganemariya about her book, Miracle in Kigali and the Genocide against the Tutsis in Rwanda. We have also had a stall selling Rwandan crafts at the annual Afro-Caribbean Market in The Forum. (You can find out more about the books Paul publishes here).

Here are some of the highlights. The earliest reference to Norfolk’s Black History that I found was a young African featured in the 17th century Paston Treasure painting, which is in the collection at Norwich Castle Museum. There is no record of his name and he was probably an enslaved African shipped to England by the Royal West Africa Company.

Then I came across Ukawsaw Gronniosaw in Frank Meeres’ book Strangers, A History of Norwich Incomers. Ukawsaw Gronniosaw lived in Norwich during the 1760s and worked as a weaver. He was to go on to have his life story published, the first book by a freed enslaved African. It was to have a major impact on abolitionist circles.

Norwich was very much a city of abolition. The leading figure was Thomas Fowell Buxton who married Hannah Gurney, sister of Elizabeth Fry. He was MP for Weymouth but lived in Norfolk and was to lead the abolitionist movement in Parliament after the retirement of William Wilberforce.

Buxton founded the Anti-Slavery Society to build support for the abolition of slavery in the British colonies. Public meetings and petitions were used to engage the public. Well-attended meetings were staged in Norwich at St Andrews Hall and the Shire Hall. Buxton was to achieve his objective when slavery was abolished in 1833.

One of his great supporters was the Norwich writer Amelia Opie, who formed a women’s branch of the Anti-Slavery Society in the city and went on to represent Norwich at the World Anti-Slavery Convention, which took place in London in 1840. She also wrote a richly illustrated poem for children in 1826 called The Black Man’s Lament, which focussed on the cruel treatment of enslaved Africans on the plantations in the West Indies.

Another Norwich writer, Harriet Martineau visited the United States in the 1830s. In her subsequent two volume book, Society in America, she condemned slavery in the country and became an active campaigner for abolition.

John Dempsey, a painter who specialised in portraits of street traders came to Norwich in 1823 and painted Cotton and Charley, both black residents in the city. Nothing is known about Cotton, but thanks to Sarah Murden, who posted an article in the Georgian Era blog, we know that Charley’s full name was Charles Willis Yearly, and that he sold second hand shoes and boots and married  a lady from Stradbrooke. 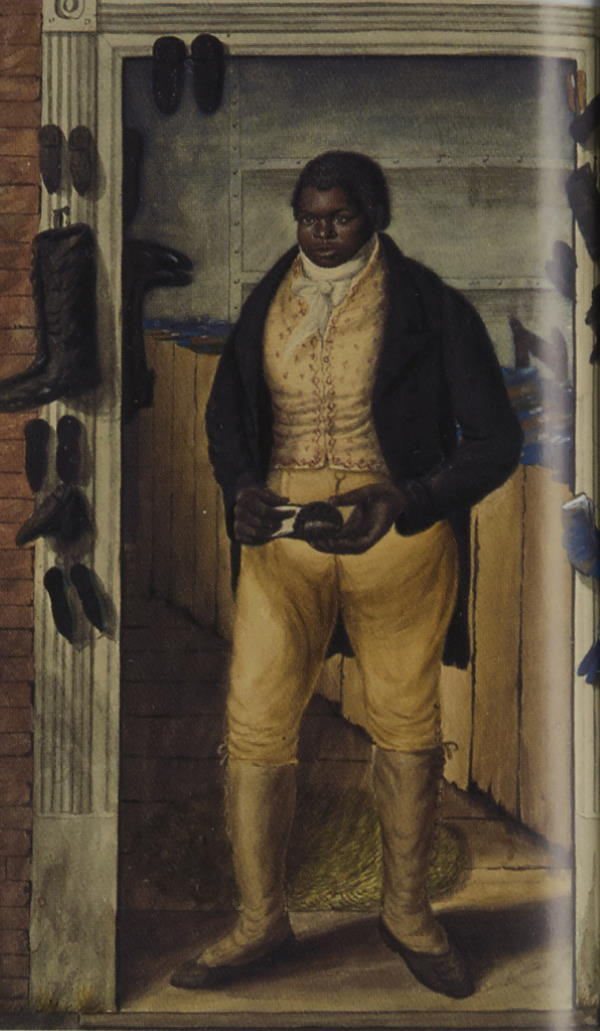 William Darby was born in Norwich in St Andrew’s Workhouse in 1810 and went on to be apprenticed to William Batty’s circus, taking the stage name Pablo Fanque.  He proved to be a first class acrobat and horseman and in the 1840s Pablo Fanque became the UK’s first black circus entrepreneur.

Pablo Fanque mainly operated in the North and Midlands, but brought his circus to Norwich. He was here during the 1848 Christmas season and put on a big show in the Victoria Gardens. The site is now occupied by Sainsbury’s and Marsh on Queens Road. 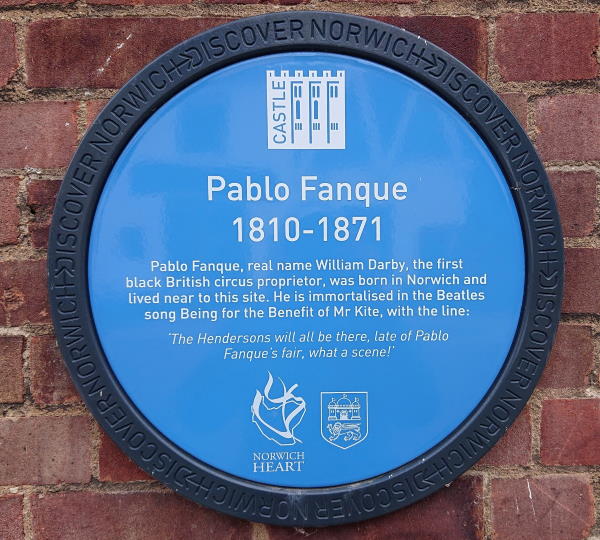 Modern interest in William Darby was sparked by John Lennon’s discovery of a Pablo Fanque Circus Royal poster, which was the inspiration for the Sgt Pepper’s track, For the Benefit of Mr Kite.

The Americans had a major impact on Norwich and Norfolk during World War II, some 30,000 United States Army Air Force personnel descended on the county with their bombers from 1942 to 1945. They included many African American servicemen, who brought their music to the county – blues, jazz and rhythm and blues.

My new tour in the Broads is a five mile circular walk starting at Fairhaven Woodland and Water Garden and heading out of South Walsham toward the River Bure, before returning to Fairhaven along a farm track across South Walsham Marshes.

Fairhaven is a beautiful natural garden, created in ancient woodland by the Second Lord Fairhaven from 1947 onwards. The garden was part of his South Walsham Estate. On Lord Fairhaven’s death in 1973, a charitable trust was set up to manage the garden and open it to visitors. 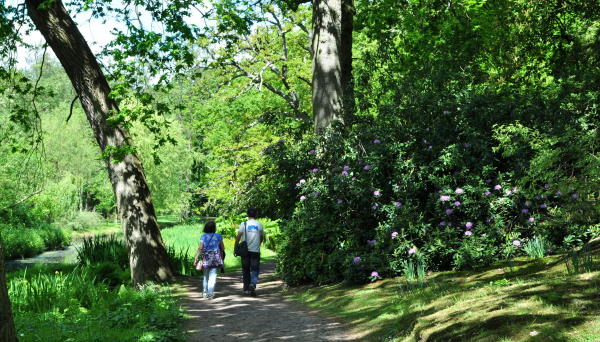 My guided tour goes through part of the garden, past the King Oak and Queen Oak. The King Oak has been with us for centuries and is believed to have been a sapling at the time of the Battle of Hastings.

Depending on the season, there are camellias, snowdrops, primroses, candelabra primulas rhododendrons and hydrangeas to enjoy and in late October and early November, there are fabulous autumn colours.

The route takes in Fairhaven’s private broad before heading off into lower South Walsham and up the Fleet Dyke to the River Bure and views across the river to the remains of St Benet’s Abbey.

The Abbey was Norfolk’s first Benedictine Monastery, founded 1000 years ago. Little remains of the huge Abbey church. A cross marks the site of the high altar. The largest survival above ground is  the gatehouse. In the late 18th century a wind pump was built within the 14th century gatehouse. Its remains create an intriguing double act with the earlier building. 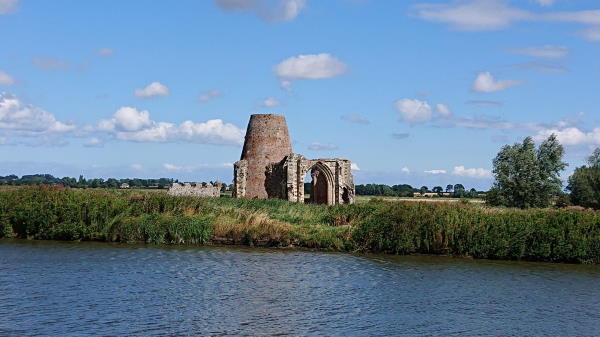 South Walsham Marshes are peaceful grazing marshes. The area is good for wildlife spotting, with families of swans in the crystal clear dykes. Chinese Water Deer and Muntjac Deer can emerge out of the reeds, along with low flying herons. Flocks of geese fly overhead and there are butterflies and dragonflies galore.

The tour always ends with tea or coffee and homemade cake in the tearoom picnic area back at Fairhaven Garden.