When the Labour Party he led lost the 2015 general election, Ed Miliband had to decide what to do with his life.

He could have quit the cut and thrust of Westminster and tried to forge a new role in some other sphere. But, he said at the final UEA Live event of this series, he decided his political life was not over.

“I thought, ‘I don’t want to leave politics,’” he told Alan Finlayson, a professor of political and social theory at the university.

“I care about ideas. I wanted to be prime minister. I wanted to change the country. I can still play a role in that. [But] I struggled to work out what I would do with this enforced freedom.”

One project was a podcast, Reasons to be Cheerful, with the radio host Geoff Lloyd and a range of guests. Now in its 220th episode, it was nominated for Best Current Affairs Podcast at the British Press Awards.

“The best guests have not been the big names,” said Mr Miliband. “They’ve generally been the people we’ve not necessarily heard of. The people who’ve got interesting ideas … It’s not about saying we’ve got all the ideas. It’s showcasing the ideas that are out there.” 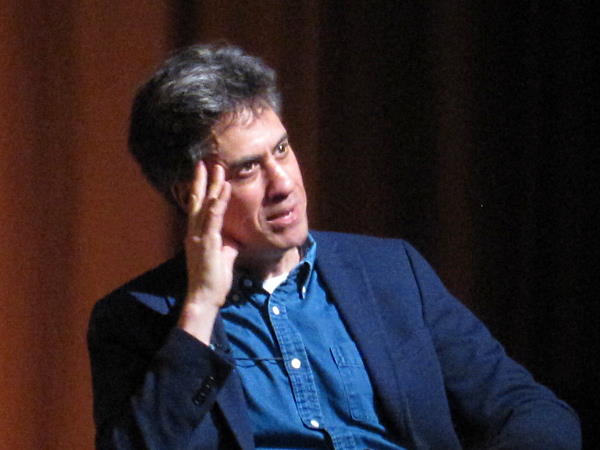 In a world where a careless Tweet or clumsy turn of phrase can cause someone to be cancelled, Mr Miliband described the podcast as “a safe space” to share ideas – comments can be edited out if necessary – and an opportunity to offer an “authenticity about what you believe”.

Another project Mr Miliband worked on post-leadership was a book, which was published last June under the title, Go Big: How to Fix Our World. The paperback comes out in March.

An idea that he puts forward in the book is the way that people with common interests, who may individually have little clout, can get together and effect change.

He also champions “the Preston model”, an approach developed by Preston City Council in which, to quote the National Organisation for Local Economies, the authority “decided to challenge trickle down economics and instead harness the potential of its existing wealth within local public bodies, or anchor institutions”.

The model has been credited with achieving significant increases in public spending in the area and has made Preston, again to quote the National Organisation for Local Economies, “a place of progressive local economic development”.

Given that the Conservatives were in charge in Westminster all the time the Preston model was being developed and brought in by a Labour-led council, is a Labour government necessary to achieve the type of change the party’s supporters want?

Mr Miliband said the leader of Preston City Council, Matthew Brown, “was desperate to have a progressive government”, but would “try to do what he can in the meantime”.

“This book is not saying you can accept this change is the limit of what you can hope for,” he said. “Matthew would say, ‘We’re very limited in what we can do.’ But it’s saying quite a lot about what matters in terms of your economy, what the role of public institutions is, which is to care about the effects they have.”

He suggested that part of the reason he lost the 2015 election was that “my solutions were not big enough”. He also seemed to indicate that the New Labour government had, at least in some respects, also not been bold enough. 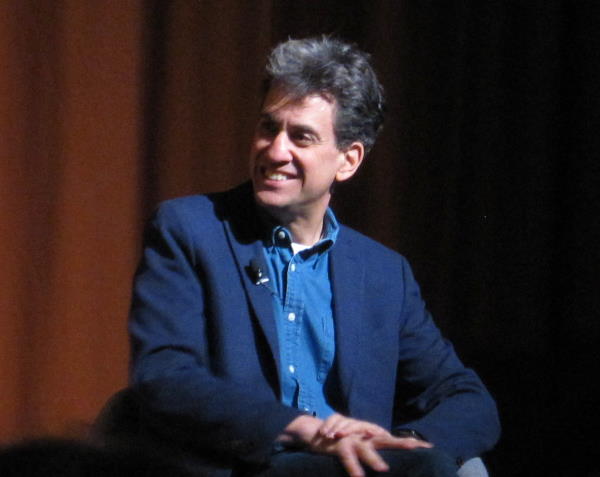 There was a view at the time, he said, that “inequality was almost like the weather: you cannot do much about it” and failing to tackle inequality was “the biggest failure” of the administration.

Moving to the present day, Mr Miliband made clear his disdain for the current prime minister, Boris Johnson, branding him “a complete opportunist”, but said the way the Conservative Party was talking about “levelling up” showed that economic arguments had moved to the left.

““He’s never going to deliver with tackling this inequality, but we have to show we can deliver,” he said.

Dealing with what has widely been described as the climate emergency is, he said, about wholesale transformation of the economy and society.

But, after what he described as a “highly disappointing” Cop26 climate change conference, is there any chance of keeping the global temperature increase to no more than 1.5 °C above pre-industrial levels? He indicated there was – just – still hope.

“If I genuinely thought it was dead I would say it,” he said. “I’ve said it’s on life support, it’s on intensive care. We know what we have to do: to halve global emissions this decade … I think it’s highly unlikely we’re going to do it.”

The spring 2022 edition of the festival will be announced, and tickets will go on sale, on Wednesday 15 December.