Amid flashing white lights, Level 42 arrived on stage at the Cambridge Corn Exchange and launched into To Be With You Again, an upbeat track from their 1980s heyday. 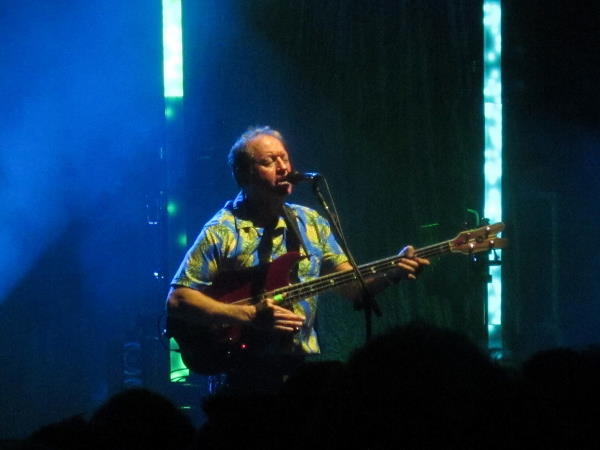 For the next 100 minutes, the pace barely flagged as Mark King, the band’s lead singer, pumped out his thundering bass lines.

Dressed mostly in Hawaiian-style shirts, the brand breezed their way through plenty of radio-friendly hits, including Running in the Family, the Sun Goes Down, Children Say and It’s Over.

But mixed in with them were less well known tracks, many of them showcasing more strongly the group’s origins – their history is traced as far back as 1979 – as a jazz funk act.

Introduced by King as “my best friend for the past 41 years”, the other original member, keyboards player Mike Lindup, took lead vocals on Starchild, a song from Level 42’s 1981 self-titled debut album, while the band also performed Coup d’état from their breakthrough LP, World Machine.

King said the current tour, titled From Eternity to Here, was the first one in which they had performed Coup d’état and said it was “great to get it out there”.

With the crowd warmed up, the show took on almost a party atmosphere, with the three-strong brass section keeping busy moving even when they weren’t playing.

Other highlights near the end of the main set included Something About You and Heaven in my Hands before King said he didn’t want to keep the audience in the building for too much longer:

“It’s Saturday night, you want to go out,” he said.

But the crowd were eager for more and the band, which also included King’s brother Nathan on guitar and the energetic drummer Pete Ray Biggin, returned with Lessons in Love, the Chinese Way and Hot Water, with various band members showcasing their talents with solos.

It may be more than three decades since “the Levels” were at their commercial peak, but the band have remained a big live draw and this excellent show demonstrated why. 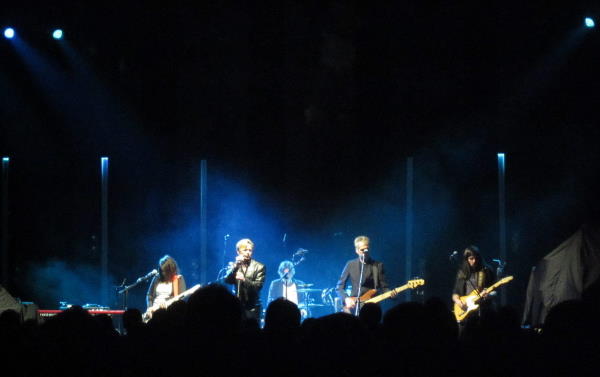 – Supporting Level 42 were 1980s contemporaries Johnny Hates Jazz, who impressed the audience with familiar tracks from the past and some great new songs.

Among the well-known numbers were I Don’t Want to Be a Hero and Don’t Say It’s Love, while another highlight was Spirit of Love, from an album the band released last year.

Clark Datchler, the band’s lead singer, explained that Spirit of Love aimed to promote a more harmonious outlook at a time of political fracture.

Someone who has long highlighted environmental themes, Datchler said another new song they performed, Wide Awake, the title track from their 2020 LP, was about encouraging people not to forget about “mother nature” at a time when many live their lives through social media.

While the band’s original hits were, of course, instantly catchy, what was especially impressive was the way the newer songs were almost as melodic, even on first listen.

Datchler, meanwhile, remains an excellent frontman with a fine voice.

The set ended with another memorable number, Shattered Dreams, before Datchler and his fellow original band member, the bass player and producer Mike Nocito, happily met fans in the bustling Corn Exchange foyer.

Find things to do or somewhere to stay in South Norfolk.