In 2015, the Canadian academic Kate Bowler, then aged 35, was given a shocking diagnosis: she had Stage IV colon cancer and would probably live for just another two years or so.

Bowler went on to beat the odds thanks to an immunotherapy drug that was being trialled and to establish herself as a popular author.

In her 2018 New York Times bestseller, “Everything Happens for a Reason and Other Lies I’ve Loved,” Bowler explored her Christian faith and – as the title suggests – the view among many that things really do happen for a reason.

At a recent event in the UEA Live series (the successor to the UEA Literary Festival), talking to Christie Watson, professor of medical and health humanities at the university, Bowler took the audience back to when she first wrote about her diagnosis for the New York Times.

“It was on the cover of the New York Times and it had my email address. And I was stupid enough to think who would email a professor, and thousands of people emailed me,” she said.

She received myriad suggestions on how she should live her life and deal with her illness, something that left her “never … so angry and hurt”.

“There are some minimisers who will start every sentence with, ‘At least …’ And some who just send a document and want to tell you the contents. Then there are the solvers,” she said. 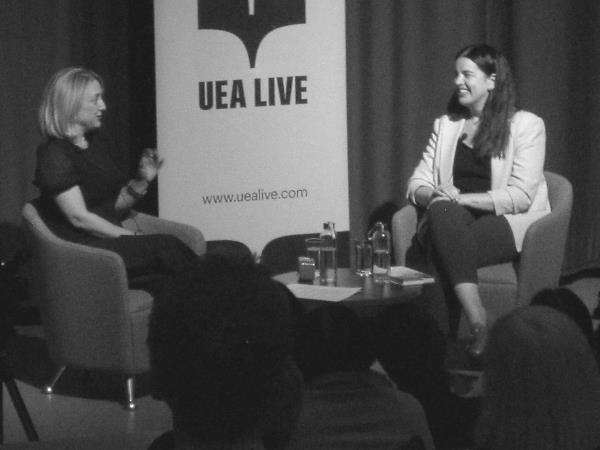 One person, Gary, wrote “a really garbage note” on the back of a church bulletin and posted it to Bowler. She decided not to let it go.

“Because I’m feisty I looked up their email and sent [a note] to the pastor saying, ‘Gary’s being a tool,’” she said.

“You fall in the fissure of someone’s mental universe. I’m not a problem to be solved. One second ago I was a person to be loved.”

Eventually Bowler came to accept that the instructions that she received from others were “different, frustrated forms of love”.

She described how, because her illness was so overwhelming, “the pain is so loud” and she would search for distractions that competed with “how totalising and boring, yes, how boring, pain is”.

“I felt this with the smallness of pandemic lives,” she said. “We’re trying to right-size the pain, trying to let fear and smallness and the banality of pain only take on as much space as it needed to. I needed something to compete.”

In addition to her thriving academic career – Bowler is an associate professor of the history of Christianity in North America at Duke Divinity School in the United States – and her literary life, she has become a successful podcaster, with 150,000 subscribers to “Everything Happens”.

Late last year, Bowler released “No Cure for Being Human”, a book described by the New York Times as “a sendup of the advice industry and its relentless insistence on positivity”.

Looking back at how, before her illness, she may have responded when hearing about the afflictions of others, she fears she may have reacted by saying how she could never imagine what it must be like to be in that position.

Her illness made her realise this was not the ideal thing to say.

Part of the reason why she started writing about her experiences in the first place was, she said, because she had “started lying so comprehensively” to the people she loved.

“I think it was painful to them to read the despair I had kept from them,” she said. “It took us all a while to realise we had been speaking the language of love. It felt good to be able to say this is where we’ve been and put that behind us.”

– UEA Live continues with Joanna Cannon on April 27, Shon Faye on May 4, and Raven Smith on May 11. Further information is available at https://www.uealive.com/. 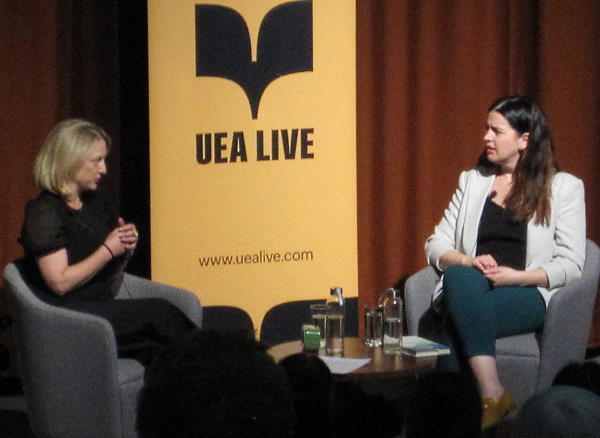