Lauren Groff, the American novelist and short story writer, set her latest book, Matrix, in an abbey during the 12th century. 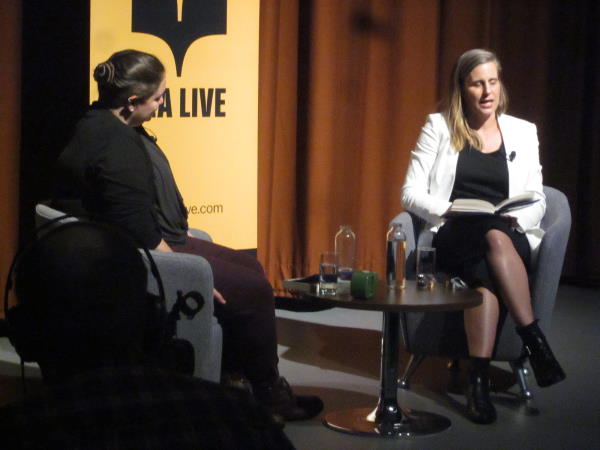 But, speaking at the first event in the Autumn series of UEA Live (successor to the UEA Literary Festival), she said the book was as much about the present as it was about the past.

For Groff, a key issue that she wanted to engage with was climate change, something that means, she said, that humanity is “standing on a tremendous brink”.

“I didn’t want to write about love stories that are turning attention away from this very big thing, that is the biggest thing humans have ever faced,” she said.

“I don’t want to write about anything that’s not engaging with climate change. If I do that, I’m trying to find escapism … which is corrupt.”

If climate change is to be part of a novel, the obvious thing is to set it in the present day.

Groff, who lives in Florida and was despairing daily at the presidency of Donald Trump when she came to write her latest book, found, however, that she “couldn’t get enough distance to understand anything about the contemporary world”.

Yet how can you engage with the modern-day malaise of climate change in a novel that fictionalises events of hundreds of years ago? 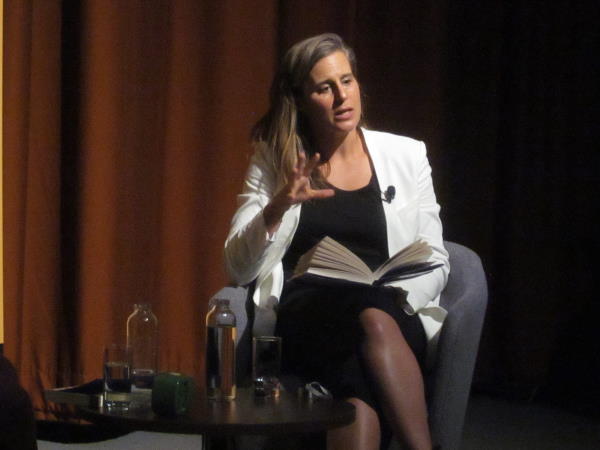 It is not as difficult as might be imagined, Groff indicated: human effects on the climate have always been present, even when early people lit fires, so it is not the purely modern subject it first appears to be.
The long-held belief that our species has dominion over everything else on Earth is a source, she suggested, of our current problems.

“We’ve come to believe that means we can just crush everything,” she said. “That’s a source of a lot of why we’ve got to now. In this book I wanted to look back and try to find the source of where we’ve come to.”

Matrix centres on a real-life person, Marie de France, a poet who wrote in a dialect of French and who became an abbess.

Groff took her research for the novel seriously, spending several days at a Benedictine abbey in Connecticut, where she experienced “a very beautiful, very ceremonial kind of devotion”.

As well as being impressed by the forms of worship, Groff also enjoyed the “beautiful food”, including cheeses made by a nun who had researched for a PhD in cheesemaking.

There was also physical labour, namely chopping wood, where Groff was surrounded by elderly nuns in their habits who were happy to get stuck in with the work.

When writing Matrix, Groff had “so much fun” creating her own community of nuns, something she said was “the profoundest joy”.

While climate change is a key concern for Groff, her depiction of Marie touched on other contemporary issues, including sexuality and privilege.

“I don’t think you can be fully awake in the world without thinking about privilege, and mine is immense,” she told the event’s host, the novelist Dr Sara Taylor.

“I’m a white woman in America with a great education and enough money to not worry where the next mortgage payment is going to come from. That in itself is a huge burden off my mind. It’s something I wrestle with.”

The Marie de France of Matrix is someone with privilege “deeply embedded” in her character, but is herself able to understand this. “I wanted her to be aware of it in a way that the actual Marie wasn’t aware, because she was a product of her time,” she said. 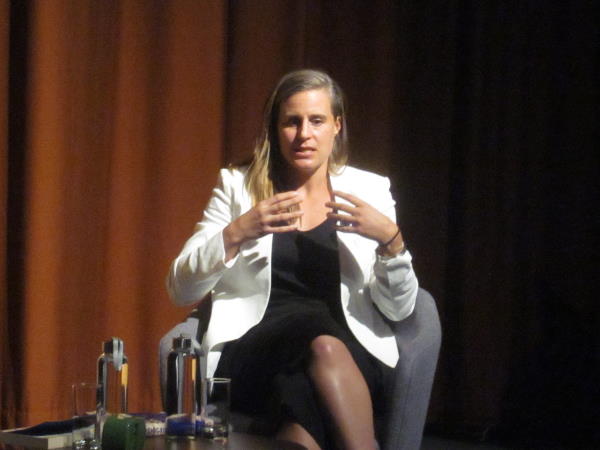