The subject of transgender rights has exploded into the public consciousness in recent years, fuelled in no small part by social media.

Among those diving headlong into an often heated debate is Shon Faye, a transgender woman whose debut book, The Transgender Issue, hit the bookstalls – and The Sunday Times Bestsellers list – last year.

Faye told a recent UEA Live event that she was motivated to write the book at a time when “there was so much disinformation in the media” about transgender people.

“The tone was getting more and more hostile; I felt there were less and less platforms in the mainstream media,” she said during a discussion with KR Moorhead, a UEA lecturer in creative writing.

Now out in paperback, the book is titled so as to reclaim or reappropriate a term – the transgender issue – that Faye perceives is used in a way that is “degrading you to a conceptual talking point”.

She felt the time was right to “steal that phrase back”, so, in the face of hints from her UK editor that she should reconsider the title, Faye stayed firm – and insisted that the book kept its name for its forthcoming US and Canada version too.

Faye’s aim has been, she said, to reach a mass market and, possibly, to change a few minds. There were three target audiences: those generally sympathetic to progressive causes; those who had noticed the conversation about trans people and wanted to know more; and those who tended, slightly, to be unsympathetic to the trans view. 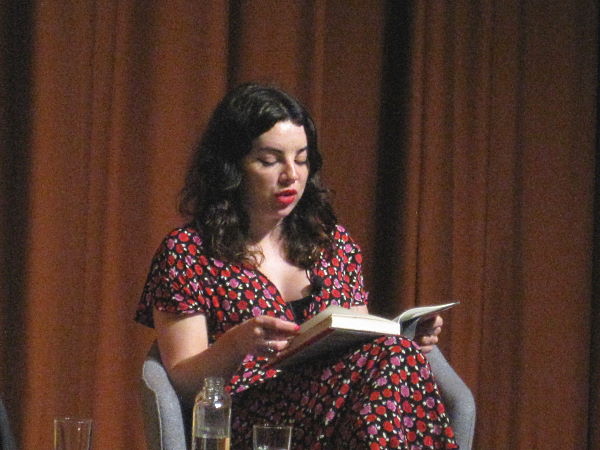 “I’m never going to get the committed transphobes tweeting about it 24/7.” she said.

Faye’s view of the trans “issue” is that it is about much more than letting people “be who they want to be”. Instead, for her it is firmly rooted in left-wing politics, as she sees trans people as one of several groups who face difficulties because of “structural issues that affect our society”.

“The reality is the nature of our society places certain people at the margins for the benefit of others. Trans people are just one of these groups,” she said.

What really marginalises trans people is, she said, the likes of housing issues, healthcare waits, and delays in benefit payments.

While these affect many in society, Faye said trans people may be particularly hard hit because, for example, a private landlord may refuse to rent a property to them. So the difficulties of a housing sector dependent on private rentals become magnified.

“I needed people to start creating connections,” she said. “Lots of people will be able to see the links between poor housing policy and out of control private landlordism. That affects a lot of people.”

Because they face many similar challenges, Faye wants various marginalised peoples to work together, an approach that is “clearly more effective than focusing on the uniquely different aspects and tiny differences between each issue”.

Medical issues are also key concerns for Faye. A person referred by a GP in London to an NHS gender clinic currently faces, she said, a waiting time of 17.5 years (and that is not a typo).

“Essentially trans healthcare in this country has been de facto privatised,” she said.

“Sexologists, get a real job. Psychiatrists, stay away from gender,” she said.

– The Spring 2022 UEA Live series concludes on May 11 with Raven Smith.