The Norwich-based novelist Henry Sutton has published a trilogy of crime novels over the past three years, which is an impressive output by anyone’s standards.
What makes it especially remarkable in Henry’s case, though, is that on top of his writing duties he works full-time at the University of East Anglia, where he is now a professor of creative writing.
Henry writes early in the morning before heading to the university, and it took him six or seven months to complete the recently published final book in the trilogy this way.
“I probably wrote this third book under more pressure – under publishing pressure and work pressure here,” says the married father-of-three during an interview at his book-filled UEA office.
“It probably worked, bizarrely, because I was doing other things … I write when my children are having their breakfast. I get up and work from six to eight or seven to nine, then I come to work.
“The thing about writing a novel is, for me, I have to be completely immersed in it all the time. It’s on the back-burner when you’re cycling to work. You cannot set it aside for a week or two and come back to it. It’s the consistency.”
Set in Great Yarmouth, his crime trilogy is published under the pen name of Harry Brett (Brett was the maiden name of Henry’s mother, who was also a writer).
The final book, Good Dark Night, came out in November and brought the story of the Goodwin crime family to a thrilling conclusion.
While the first two in the series, Time to Win and Red Hot Front, were received warmly by professional critics and readers alike, Henry feels that the final volume is the strongest. It may have helped that he had a new editor for the third book. 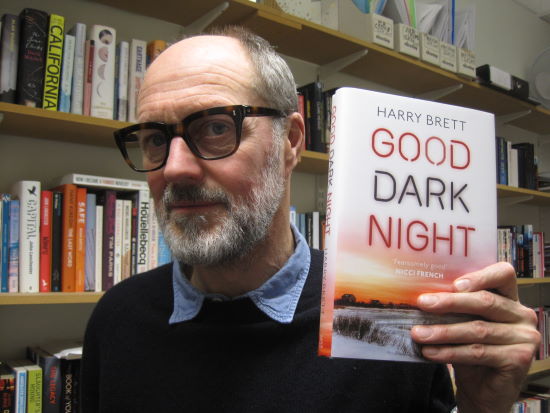 “She allowed me more freedom and she questioned some loose ends that maybe hadn’t been questioned before,” says Henry.
Few readers would fail to be drawn in by the fast-paced plot of Good Dark Night, as the Goodwins – widowed matriarch Tatty, her children, Ben, Sam and Zach, and their longtime sidekick and protector, Frank – struggle to prevent their criminal enterprise from unravelling.
As the police find a series of bodies in Breydon Water, the family has to cope with with rival gangs, bent cops and the return of an angry and dangerous relative.
The three books together total more than 1,000 pages, giving readers plenty of time to get to know the key players. In keeping with the crime genre, the characters are perhaps less reflective when compared to those in some of Henry’s previous novels.
“It’s trying not to be so involved in their interiority … In my other books the characters might think a bit more,” he says, going on to describe what crime writing requires.
“You have to be really succinct. Pacing is really important. You have to both engage the reader and surprise the reader. You have to be dramatic. You cannot be ambiguous.
“What I say to my students is that just because the writer might be thinking something, it doesn’t necessarily mean the reader will be able to interpret that. You have to think about the reader all the time.
“There are writers who think of themselves as literary writers who might think about the effects they’re trying to achieve without thinking about how this might be perceived. The writing I do is to be entertaining, and I want to entertain people.”

For the series set in Great Yarmouth, Henry’s contract was to write three books. This number, he says, suited the “quite intense and quite dark” feel of the story and gave him the chance to focus on one of the three children in each novel.
He doesn’t rule out revisiting the characters, however. One idea is to go back in time to when Tatty’s husband, Rich, was still alive, while Henry suggests that Tatty’s children in later life would also be an interesting subject, as would Britt Hayes, the crooked policewoman who features regularly. 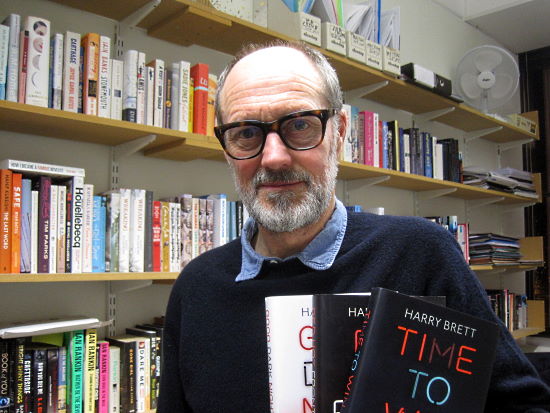 Henry was born in Gorleston and spent the early years of his life there before moving to Norwich. Before his career in academia, in which he teaches on the UEA’s renowned MA in creative writing (Henry heads the crime writing version of the course), he worked as a journalist on regional newspapers and in London for publications including the Daily Mirror, The European and Esquire magazine.
His aim was always to be a novelist, and in parallel with his regular work he wrote numerous well-received books such as Gorleston (set in the town where he was born) and Flying.
Although Good Dark Night has only recently come out, Henry is already busy with a series of three crime novels to be set in various locations around the world.
These will initially be released in German translation, with publication in English likely to follow shortly afterwards. Henry has already penned the first, due out in the Spring, and is halfway through the second.
“It’s a crime series for a German publisher; we’re in the process of selling it in the UK. It’s what I call soft crime,” he says.
“They’re short books and international – each book is set in a different place in the world. They’re not dark and grim and cold. I spent three books in Great Yarmouth and I just had to get out of there for a bit.”
Many of his readers, however, will be hoping that he does eventually return to the town to take up again the enthralling story of the Goodwins.