Bryan Adams Puts On A Hit-Laden Show At Blickling Estate

Launching into Kick Ass, a song from his latest album, So Happy It Hurts, Bryan Adams showed straight away that although he was performing in the elegant setting of the Blickling Estate, he was not settling for an evening of easy listening. 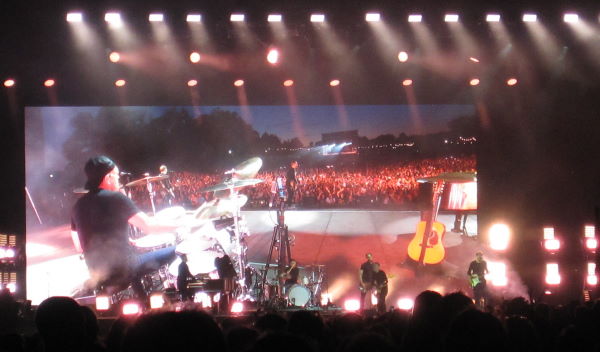 In an excellent set performed as the light faded, Adams showcased plenty of his many chart hits and also threw in a few new songs that stood up well in comparison to the classic material.

The lead into the concert was itself notable: an apparent photograph of a car projected behind the stage that, it turned out, was actually a film, with everything from a swarm of bees to a dog exploring the vehicle before a spoken word intro by John Cleese gave way to the driving guitars of the hypnotic Kick Ass.

This song was written by Adams and the celebrated record producer Mutt Lange, a pairing that created many of the singer’s biggest hits in the 1990s. 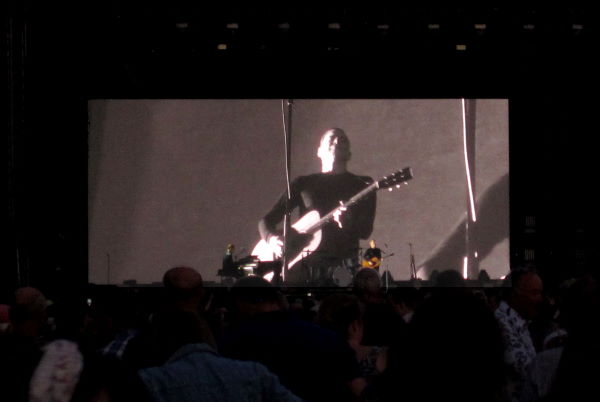 The pace continued with Can’t Stop This Thing We Started, but as well as the guitar-driven rock numbers, Adams mixed in slower, more poignant tracks, notably Heaven.

Everything I Do (I Do It For You) was an inevitable highlight and audience favourite, as was Summer of ‘69. His solo version of When You’re Gone, originally recorded as a duet with Mel C of the Spice Girls, was another highpoint.

He also played a couple of rockabilly songs and encouraged the audience to dance to them, promising that “the best shapes” would be projected onto the massive screens on stage.

As well as the excellent guitar playing, both by Adams himself and his longtime band member Keith Scott, what really stood out was Adams’ voice, which was immensely powerful and seemingly effortless in its delivery. Few singers sound as good live as they do on record, but Adams – now, remarkably, in his early 60s – can claim this accolade with ease.

And it is a measure of the strength of Adams’ back catalogue that he can play a one-and-a-half-hour set that is largely made up of hits and still leave some excellent songs on the bench, among them 18 Til I Die and Night to Remember.

Much of the time, film clips, animations, elaborate lights or footage of the concert were shown on the screen behind the band.

As darkness fell further, Adams encouraged the audience to get out their phones, and was rewarded with hundreds of waved lights in front of him.

For the encore, he launched into the title track of his latest album, So Happy It Hurts, another instantly catchy track and probably the most radio friendly new song he has released for many years.

He eventually rounded things off with a fine solo version of All For Love, a global hit that was originally released with Rod Stewart and Sting sharing vocal duties.

With plenty of hits, a superb voice, an excellent band and plenty of energy, Adams put on a great show at the Blickling Estate. 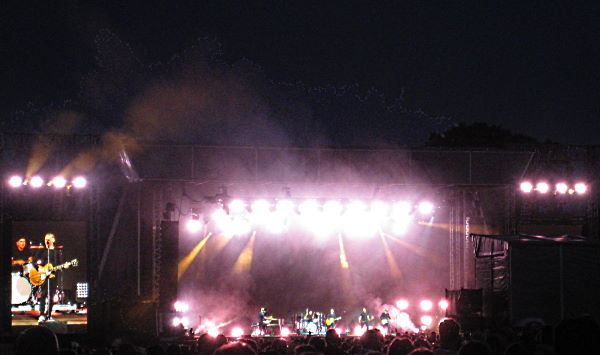 Here’s a few more articles of interest and things for you.

Read more community-related articles., or explore Norfolk’s heritage, where you can find museums (including steam railways), stately homes and gardens.

Enjoy more books by local writers or about Norfolk or read some of our articles about UEA, including their fantastic literary events.