Another gem unearthed, and I don’t just mean Houghton Hall. I’m actually referring to finding an almost complete NorfolkPlaces article knocking around in a folder on my computer!

A couple of years ago (April 2018), Luke, one of our junior NP reviewers, visited Houghton Hall with his grandparents. Houghton Hall is a country house in West Norfolk, (the residence of the Marquess of Cholmondeley) that was built for Sir Robert Walpole, Britain’s first Prime Minister, in the 1720s. This stately home, gardens and country park is open to the public at designated times throughout the year.

Our visit was around the time when Damien Hirst was exhibiting some of his work around the grounds. I persuaded/bribed Luke to take some photos and write an article. Now, at the time he was overflowing with overly descriptive prose, so I decided he should write it in a story format. Awesome idea, I figured. However, at the time I didn’t get around to completely typing up the article as there was a few sentences needed tweaking. Somehow, I forgot about the article until a few weeks ago. But after several hours hunting for the article I couldn’t find it at all. I started to think I was imagining typing it up! However, I resumed my search and somehow by magic it turned up. I’m sure I looked in the same computer folders as last time, but this time I found it! So, I’ve managed to finally finish the article for you all to enjoy. 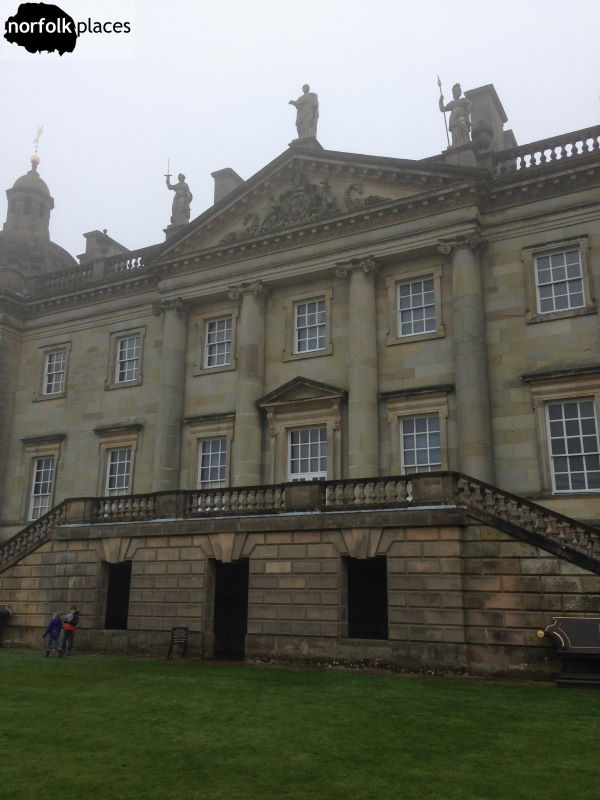 The sun wasn’t out, but a bright spec fuddled its way through a clouded sky. A glorified half-house half-castle loomed in the distance, wrapped in a veil of mist. A bold 18th century structure still holding up through the years.

Gravel crackled like popping corn under the car’s wheels as we approached, the crunching growing louder as the car parked.

On approach to the Houghton Hall my eyes pondered the imposing façade. The red bricks of the walls were weathered and aged; Recent rainfall darkened their appearance. We made a central quadrangle out first stop, where a central water fountain dominated its surroundings; arcing water glistened in the midday light. In one corner of the quadrangle there was a café lined with luxurious morsels, and in the opposing corner loomed an oversized statue of a little girl. This statue, a sculpture by Damien Hirst, is called Charity and draws attention to an outdated view of disability. 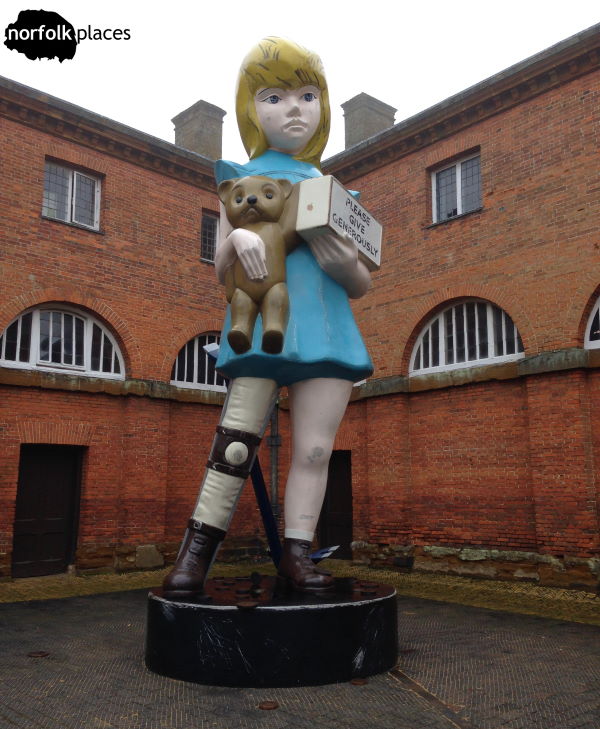 Leading off the quadrangle a small corridor led us to an aged wooden door. Tentatively I pushed the door open not knowing what waited behind. Rows of wooden stalls, no longer used but clear evidence that this room was a stable. Nice, but a low rumbling distracted me momentarily. Something I had seen recently, if only I could remember.

Perhaps it was my stomach’s way of reminding me I was hungry. Perhaps. I strolled light-footed to the café, food embedded in my mind; Thoughts of sweet treats tumbled over me as a dreamy smell danced and teased my olfactory senses. Scrumptious food neatly displayed for our perusal. By the time I came to order my feet barely touched the ground, so entranced by the mere thought of satisfying my hunger. I sense you are drooling as I did that day. So, I shall spare you the details of my temptation, suffice to say it was good. Fork and spoon, it was gone to soon.

If it is possible to take pride on eating richly, then my belly swelled with satisfaction as Grandma and Grandad finished their warm beverages. Hunger pangs parried, and thirst quenched we moved on to the main building. I drifted over to what they call “The Arcade” (the lower hall), noticing that on the outside stood two magnificent works of art, beaming in the now clearing mist, too bright and majestic to be unseen. Inside was a completely new manner of mystique and glamour. On the wall sat an 28th century wooden head, but this was no ordinary head; It was a wood head supporting the jagged antlers of a wapiti deer. 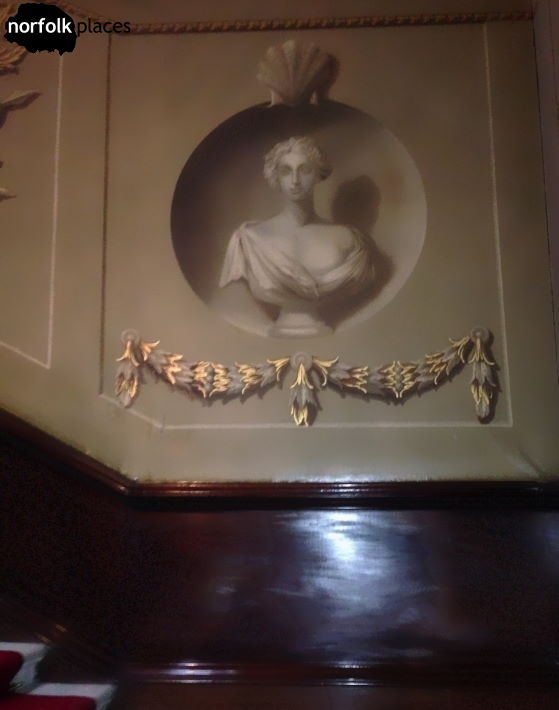 We crept up the sweeping spiral staircase; The walls were covered with a range of old paintings and in the centre of the spiral stood a bronze statue of the Borghese Gladiator. A Roman swordsman, immortalised in stone in Turkey, cast in bronze by a French sculptor, now a focal point in a country house in Norfolk, England. Intriguing. 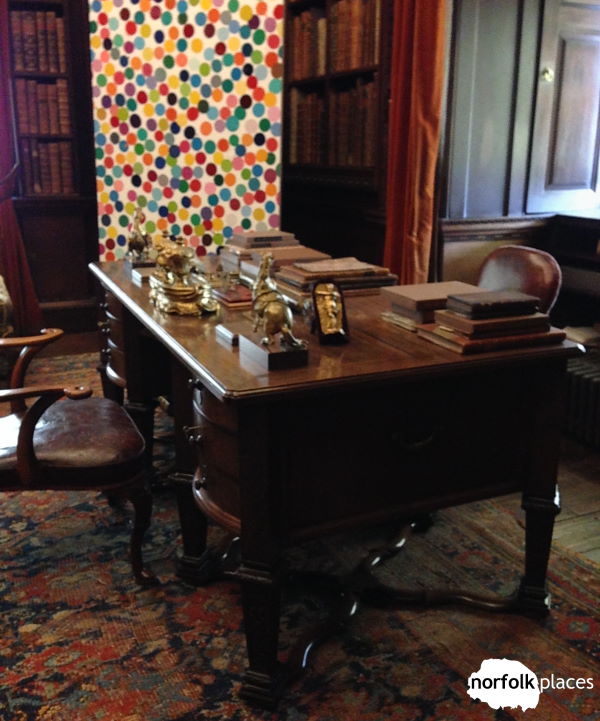 I find myself drawn in an astounding room decorated with art of all kinds, with marble creations everywhere. We walked through many rooms, all stamped with the family crest of Sir Robert Walpole. Every room beheld more treasures to peruse but caught my eye more than most; The library. Books were neatly shelved along the walls and paintings adorned the walls. An in here Hirst’s piece called English Lilac stands out like the weapon at a scene of a crime. And over-looking, A picture of a regal man with a handsome wig fit for a king, his kind eyes glared down at me with so much grace. A fitting end to our walk inside Houghton Hall. 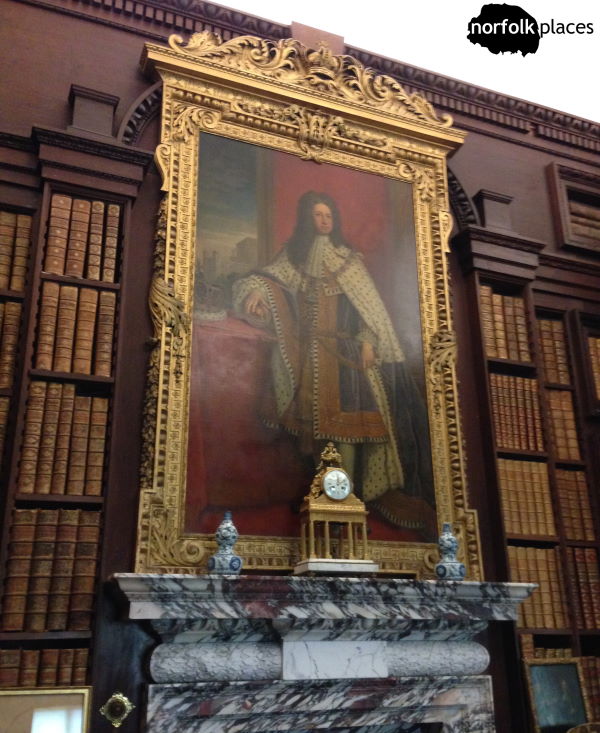 We had one more stop, the gardens. Two exquisite gems of green, one filled with sculptures, and the other enclosed by walls. 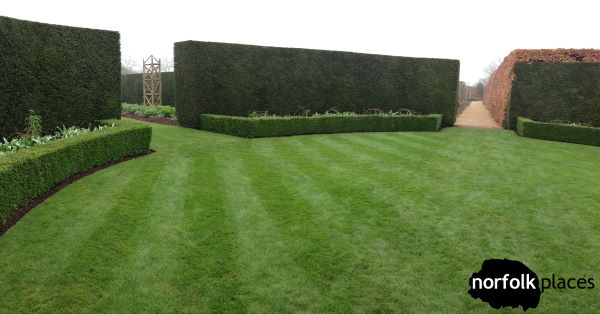 The juxtaposition between art and the green canvas drew us further in to the story.  No sign of a cow in formaldehyde, but more of Damien Hirst’s sculptures reside in the sculpture park with work by other artists. Mist clings in the air, adding an air of mystique swathing work such as the winged-horse, Legend. 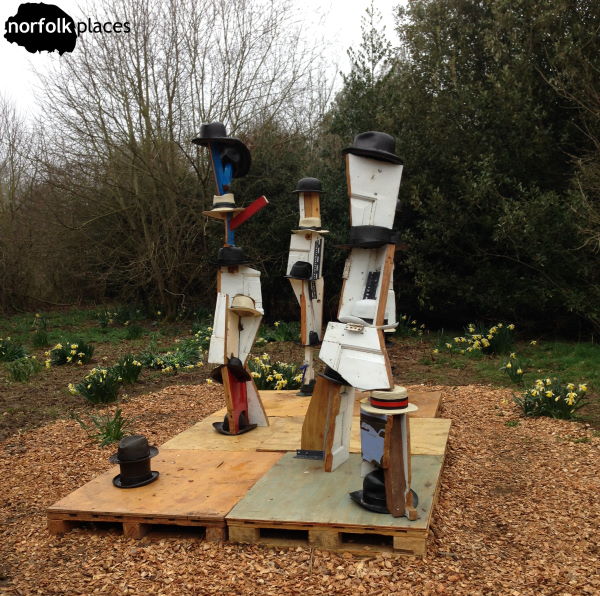 The walled garden, with four sections all filled with off the scale beauty. An ancient fortress surrounding this external glamour. The one thing that attracted my eye like a magnet was the water flame. Fire and water in one glorified piece. Who could have thought these opposites of nature could combine in such magnificence? This fiery spectacle, perhaps it dances in your brain like the flame that flickered in front of my eyes, is where we bring this tale to a conclusion. 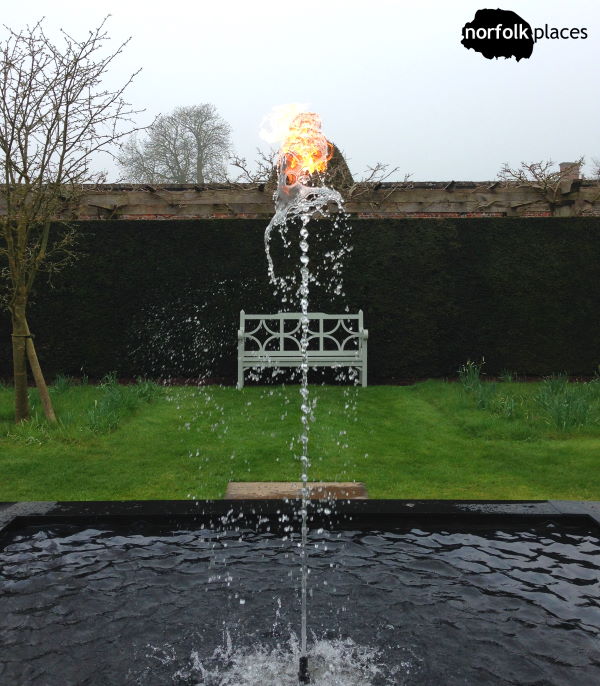 Okay. That’s as much as I could get out of him. Which is a shame because, well, there’s some decent prose in there. But there is a bit more. He took a few more pictures, in particular in the Soldier Museum, the largest private collection of model soldiers in the world. 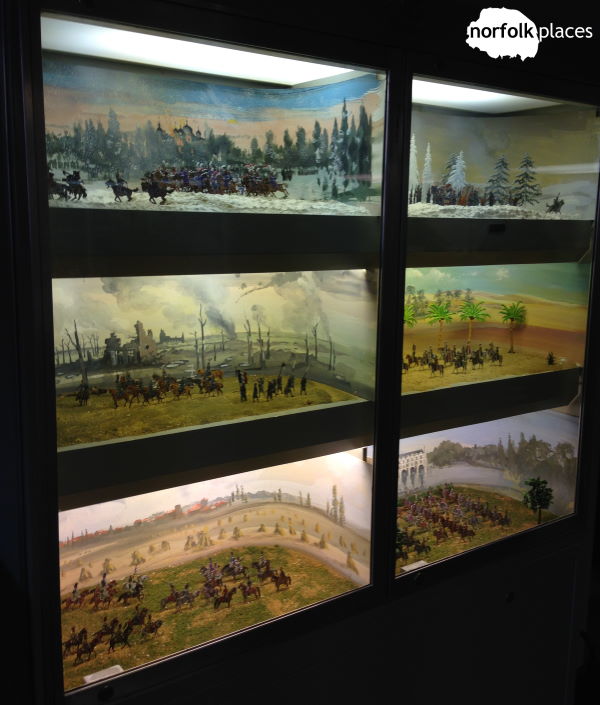 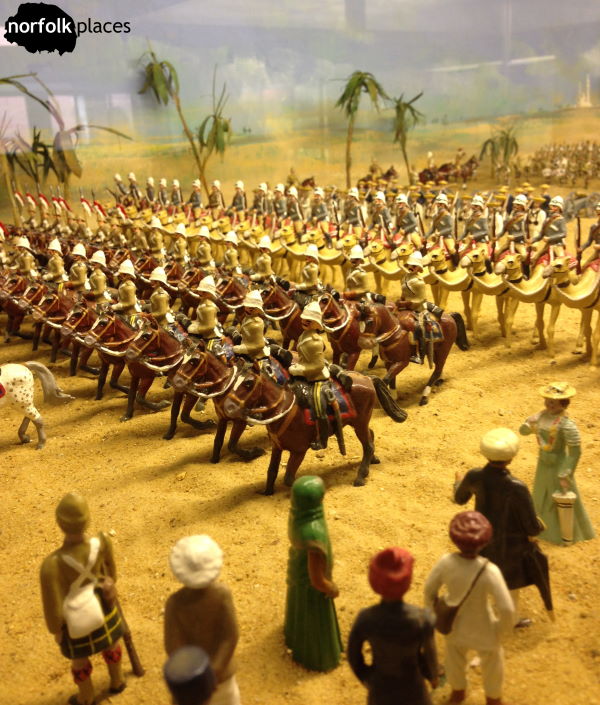 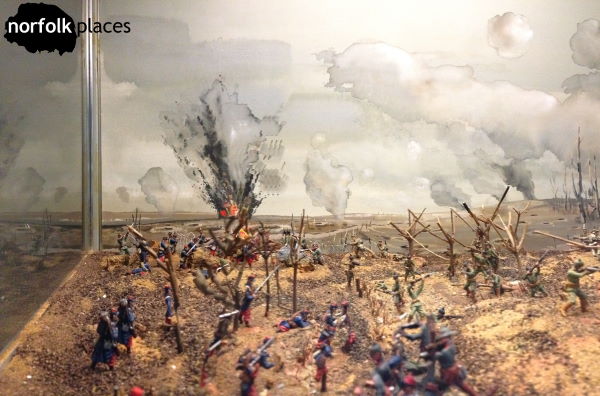