Leone Ross’s new novel, This One Sky Day, which was described by The Guardian as a book that will “reward those who are able to surrender to its capaciousness and eccentricities”, was 15 years in the making.

But, Ross said at UEA Live, the successor to the UEA Literary Festival, the book’s long gestation was not spent carrying out detailed research.

A book of magical realism set in a fictional archipelago “imbued with a Caribbean sensibility”, in The Guardian’s words, it required, Ross told the audience, “very little time in libraries”.

“We have to be careful,” she said. “It’s become fashionable to think about books as massive research undertakings. That’s fine.

Ross’s first novel, All The Blood Is Red, was released in 1996 and nominated for the Orange Prize, and her second, Orange Laughter, came out five years later.

Grappling with her third novel, which was published two decades after the second, Ross said “the only thing” she could write was stream of consciousness. She did this, she said, for years, and ended up with 450,000 words.

To turn what she had into her new novel, she fell back on the writing craft she had honed during teaching posts at a number of institutions.

“What’s the purpose of this? What’s the beginning? What’s the narrative arc? Do I want this character to be different at the end? Eventually I had to use craft or it would never have seen the light of day,” she said.

“I cannot believe I’m sitting here having this conversation about this world I lived for so long. For a long time I thought I would never publish it. 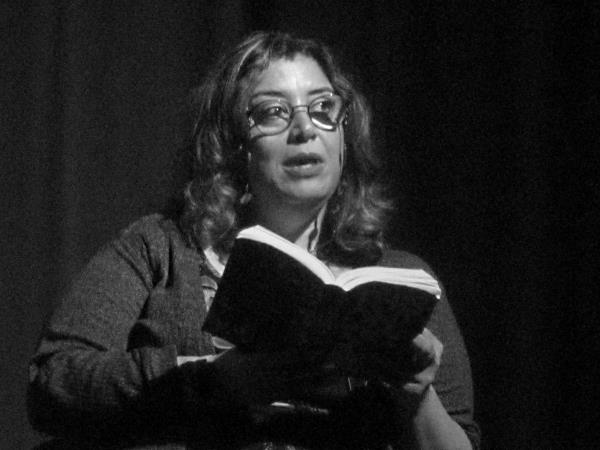 When Ross’s Jamaican mother read her new novel she said it was the book that she wanted to write because, Ross explained, every character is special.

“I realised she’s been inculcating that view in me,” said Ross, who was herself mostly brought up in Jamaica. “Because she’s an idealist and she’s a revolutionary.”

Each character has a particular skill, which may be telling truth from lies or having healing hands. As well as paying attention to each other, Ross said the characters were also attentive to their own needs. In the case of one of the main protagonists, Anise, that meant processing bereavement.

“Anise needs to sit down and see how: ‘Losing my children hurt me and I haven’t honoured that space, that I lost four children,’” said Ross, who was in conversation with Prof Alison Donnell, head of the UEA’s School of Literature, Drama and Creative Writing.

Another central character is Xavier, who is addicted to hallucinogenic moths. Ross wanted to portray Xavier’s vice in a way that differed from the norm: the character spends the book (which is set over the course of a day) with a moth in his pocket, resisting the urge to succumb to his addiction.

“We don’t pay enough attention to how boring addiction is,” she said. “This man walks round with this moth in his pocket counting the hours.”

Ross’s writing heroes and heroines included two other magical realists: Toni Morrison, the American novelist, and Gabriel García Márquez, the Colombian author of, among other novels, One Hundred Years of Solitude. Morrison, said Ross, showed her that she could take the likes of Alice in Wonderland into adulthood.

While both Morrison and García Márquez garnered huge critical acclaim (including Nobel prizes), Ross said that magical realism was often not given its due now.

“It became explicitly racist because I feel like magical realism is the way of people of colour, of indigenous people, of working class people.

“But in the industry … there’s a sense that it’s done. You don’t know how disrespectful you’re being to an area of literature that’s profoundly political.

“Magical realism is not just magic. Salman Rushdie says we forget the realism part of it … With magical realism is the opportunity for commentary. You cannot separate it from the political, from what’s going on in society.”

Tell me about the farm grandad by Janet Collingsworth - NorfolkPlaces

PedalPower -3 county challenge for EACH