As Andy Williams would sing, it’s the most wonderful time of the year. A carpet of leaves cover the ground, there’s a nip in the air and our little sugarplums have been dropping hints about what they’d like the man in red to bring them for Christmas.

We’ve been looking forward to this for weeks. Today was the day we were going to Potters Resort to see their 2016 Christmas Spectacular. We were promised a  “magical and high-speed sleigh ride of your favourite Christmas songs”. Did it live up to the hype?

Of course, we needed some seasonal tunes for the car journey to get us in the mood. Rather than go straight for the 70’s/80’s Christmas tunes of my childhood I opted for more traditional songs. The outbound journey the background tunes were supplied by Winter Wonderland, a CD of seasonal hits like White Christmas and Jingle Bells sang by the likes of Bing, Frank, Perry Como, Judy Garland and other stars of yesteryear. And for the return journey? Mr Andy Williams’ Christmas Album of course!

Not only was this our first trip to see the show, but it was our first trip to Potters Resort. So, to say were not to sure what to expect was an understatement. Suffice to say we were more than pleasantly surprised! Walking in to the resort you quickly realise why this is a 5-star resort.  Even in the dark it looks impressive from the outside and very nice inside; For you we’ve got a nice day time picture of Potters Resort, below. 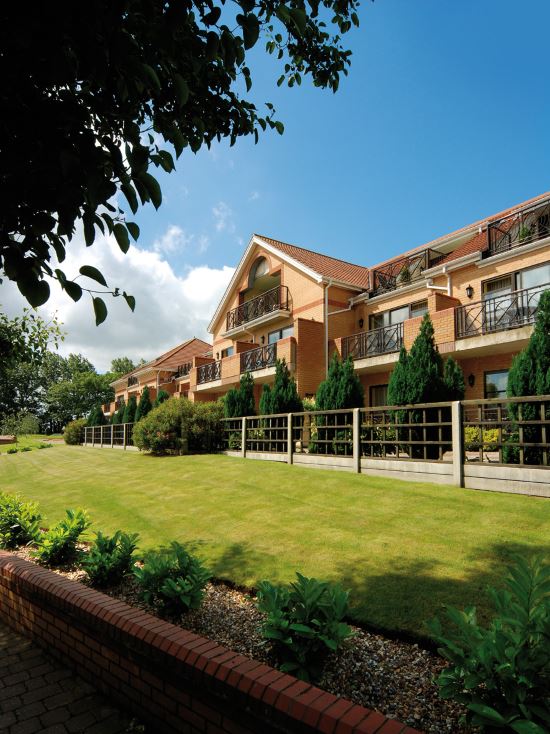 Moving on to the show, right from the start you can tell a lot of effort has gone in to putting on a spectacular event. Every day for months the Potters Theatre Company have been busy rehearsing, perfecting their vocals and practising dance moves to make sure that the show sparkles. And behind the scenes many people have clearly worked hard to ensure the show looks and sounds incredible.

Taking place in the Atlas Theatre the show is divided in to distinct sections. The first section is choc-full of traditional Christmas tunes, accompanied by dazzling choreography that told a story with the warmth of pure Christmas spirit. A fair dash of sequins, ornaments, seamless period costume changes, stage effects and the country’s biggest permanently installed high definition LED screen all added to the sense of “wow”, but the dancers and singers were the stars of the show. We were amazed by the talent of the Potters Theatre Company, with O Holy Night the most awesome vocal among some amazing renditions. 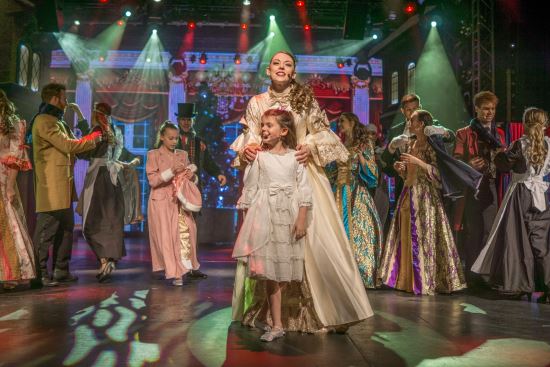 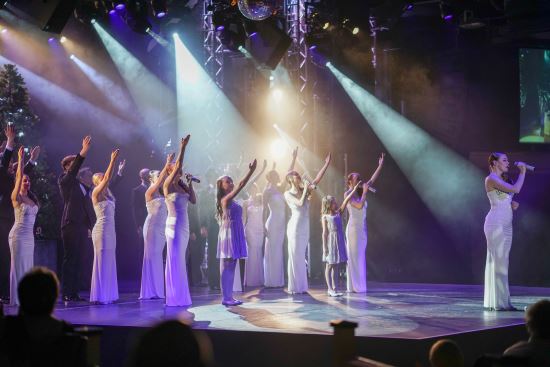 As an interlude the resorts’ own comedians took to the floor to challenge the audience to sing “The Twelve Days of Christmas”, which went down pretty well. A zany clapping routine followed that made us wonder quite how they did it.

The pace of the clapping routine set the tempo for the next section as a special ‘Top of the Pops’ segment saw the troupe belt out plenty of pop tunes, including Do They Know It’s Christmas, Christmas Time (Don’t Let The Bells End), All I Want for Christmas, Merry Christmas Everyone and loads more.

The festive feeling that came at the very start of the show was now joined by a party atmosphere, and no-one wants to leave a party early. But we had to;  Well, someone has to be awake to take the kids to school in the morning! As we left the music continued and the dance floor filled, and everyone was full of Christmas cheer. For it is the season to be jolly. 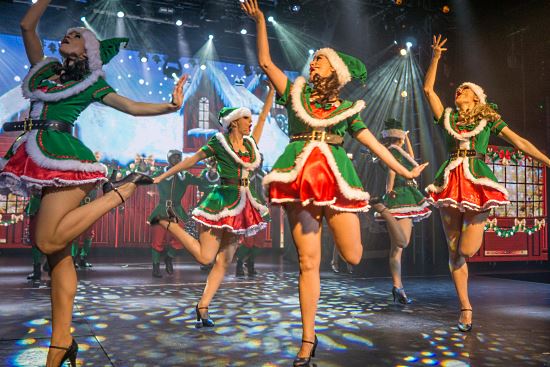 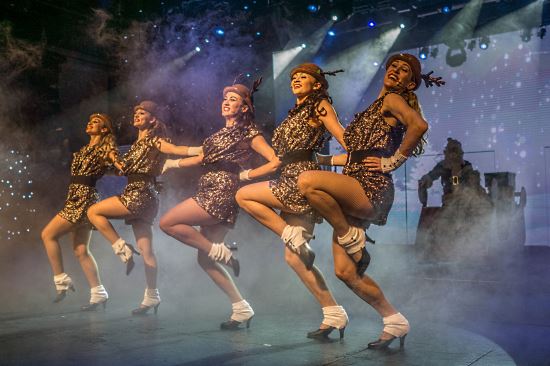 Final thoughts: With the production quality and exceptional stars to rival the West End, the Potters Resort 2016 Christmas Spectacular was indeed truly spectacular. Big thanks to everyone at Potters Resort for a fabulous occasion.

If you’re interested Potters Resort has a range of breaks from mid November featuring the Christmas Spectacular. Call 0333 3207 497 to book or visit www.pottersholidays.com for more information and to request a brochure. 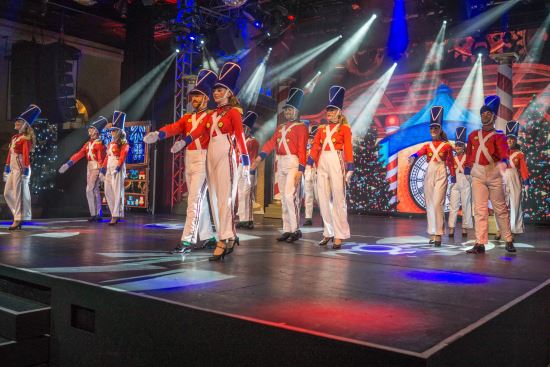 If you enjoyed this article and you’re looking for more festive fun, check out our Christmas in Norfolk feature.